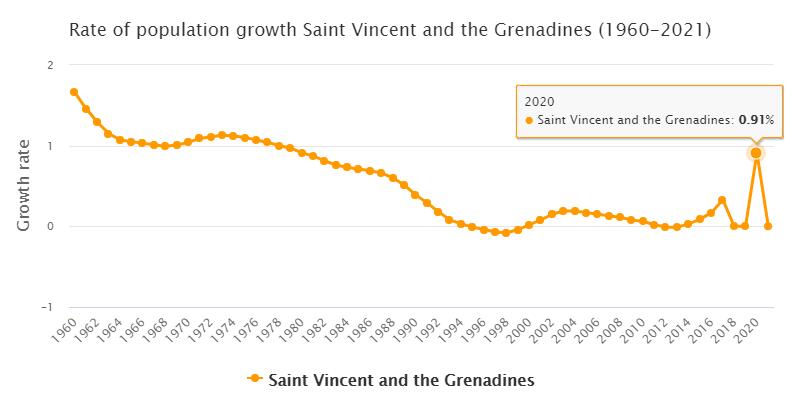 Saint Vincent and the Grenadines. In July, lawyer Jomo Thomas launched a new social policy movement called the People’s Movement for Change. In his inaugural speech in the capital Kingstown, Thomas said that the movement would not primarily focus on electoral movements, but instead “unite the people” and “raise people’s consciousness” by participating in the social debate on issues related to politics, economics, social policy, environment and development.

The Cotonou Agreement was replaced in the autumn with a new economic agreement, the EPA (Economic Partnership Agreement), between the EU and Saint Vincent and the Grenadines. EPA meant that tariffs and import duties on the EU market were almost completely eliminated for goods from the Caribbean. At the same time, the agreement meant that until 2033 Saint Vincent and the Grenadines would gradually eliminate most of the import duties from the EU.

The ULP declined slightly, but remained the largest party after the December 2010 election with 51.1% of the vote. The ULP government could therefore continue.

Along with other Caribbean states, St. Vincent in 2013, the European colonial states – including Denmark – to pay compensation for many centuries of slavery. The call was ignored in Europe.

According to Countryaah reports, the population of Saint Vincent and the Grenadines in 2008 was 108,144, ranking number 193 in the world. The population growth rate was -0.070% yearly, and the population density was 277.5769 people per km2. 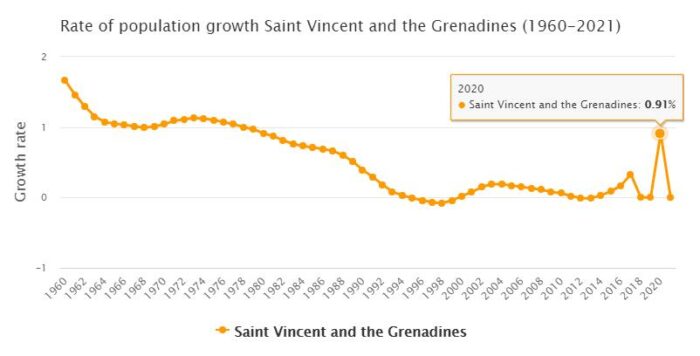