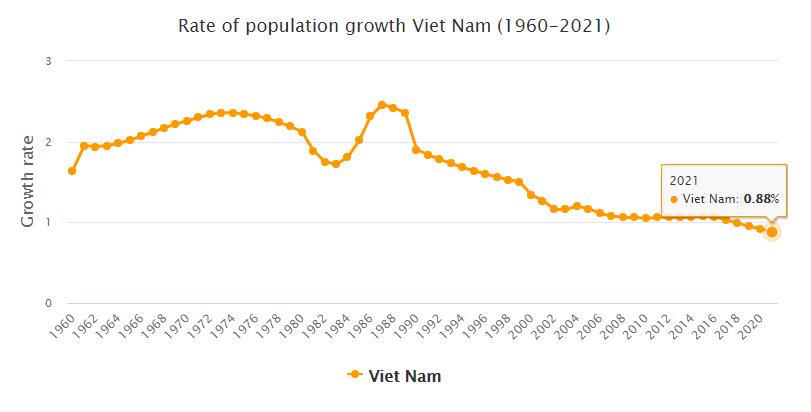 Vietnam. A series of strikes were carried out at the beginning of the year by industrial workers protesting that their wages did not keep pace with inflation. As a result, the government decided that the workers who participated in an illegal strike could be ordered to pay damages to their employers for up to three months’ wages. The country’s highest court was empowered to decide whether a strike was considered illegal or not. See clothingexpress.org for visa to Vietnam.

In April, three people were sentenced to two to five years in prison for trying to “sabotage the state by forming a reactionary organization” under the name Bac Gang Diang. The three convicted people have published documents on the Internet that “falsify history, damage the country’s ruling Communist Party and call for protests”. Sometime before, a freelance journalist had been sentenced to five years in prison for “receiving money from abroad for the purpose of damaging the state’s interests”. According to the organization Reporters Without Borders, the journalist must have been sentenced without access to defenders and his health must have deteriorated since he was arrested in the autumn of 2007.

Later in the year, three people were sentenced to prison for providing financial support to a “terrorist group”, Viet Tan, and “brought in weapons, printed leaflets and planned to build a terrorist network in the country”. Two rogue reporters were sentenced to prison for abusing their positions when they revealed a corruption scandal involving several high-ranking Communist Party members. The disclosure, among other things, led to the Minister of Transport leaving in 2006.

Ho角ng Minh Chinh, one of Vietnam’s most well-known dissenters, passed away in February at the age of 85 after a long illness. Ho角ng Minh Chinh was initially a highly regarded person within the Communist Party, but over time became disappointed with Communism. He eventually went on to become a champion of democracy and spent many years in house arrest as well as prison.

Following the death of Secretary-General Le Duan in 1986, the CCP was seriously concerned about economic policy, partly from inspiration from Gorbachev’s perestroika in the Soviet Union, and partly from Deng Xiaoping’s reforms in China. The new policy was launched by Secretary General Nguyen Van Linh (1986-1992) under the slogan Doi Moi. Agriculture was decolonized by farmers regaining their control over the rice fields, which led to strong production growth: From being plagued by acute food shortages and rigorous rationing in 1986, Vietnam at the turn of the millennium became the world’s second largest rice exporter, after Thailand.

During the Asian crisis of 1997-1998, Vietnam came under increasing pressure from the IMF and foreign investors to adapt to the global market economy, reform the financial sector, make the currency convertible, privatize state-owned enterprises, reduce tariffs, and facilitate conditions for private business.

After Vietnam broke out of its international isolation, the country has seen stronger economic growth than other countries in Southeast Asia, albeit from a very low level. During the period 2000-2016, annual economic growth averaged 6.19 percent. The management talks about a “socialist market economy”, but already in the 1990s private business accounted for more than half the GDP. Extreme poverty has been greatly reduced: In 1992, 49.2 percent of Vietnamese lived for $ 1.90 a day or less; in 2012 the proportion was reduced to 3.2 percent. Trade has been released, which has led to a capitalist revolution and a complete change in the street scene in the cities.

Significant foreign investment contributed to a strong increase in exports of shoes and textiles, coffee and other agricultural products, as well as seafood. Since the turn of the millennium, the refugees from the 1970s and 1980s, the “boat people”, have been welcomed back as investors, and have accounted for a significant part of their investment capital from outside. During the period 1993-2003, total exports doubled. One of the contributing factors was increasing oil production. After a Vietnamese-Soviet joint venture (Vietsovpetro) had a monopoly, a number of Western oil companies established themselves in the 1990s. At the dissolution of the Soviet Union, the friendship pact and the great Soviet assistance fell away.

In the 1990s, after the end of the war in Cambodia, Vietnam managed to break its diplomatic isolation, normalize relations with China (1992) and the United States (1995), and gain membership in the Southeast Asian Cooperation Organization ASEAN (1995). Norway opened an embassy in Hanoi in 1996, when Gro Harlem Brundtland conducted the first Norwegian Prime Minister’s visit in the country. In 1998, Vietnam hosted the ASEAN Summit, and in 2006, Hanoi welcomed top executives from 21 nations in Asia-Pacific Economic Cooperation (APEC). As the first Vietnamese Prime Minister in more than 30 years, Phan Van Khai made an official visit to the United States in 2005.

Poverty reduction and economic growth are at the heart of the pervasive Doi moi reform. At the same time, extensive reform work is underway in the public sector, the judiciary and the education system. Since the reform process started in 1986, the proportion of the population living below the poverty line has been reduced from 58 percent in 1993 to 16 percent in 2007. Poverty reduction has been significant. From being one of the world’s poorest countries, in 2010 Vietnam gained the status of a middle-income country. The reduction is a result of the privatization of agriculture and greater emphasis on the private sector as a driving force for the economy. However, despite progress, poverty is still widespread in rural areas, primarily among ethnic minorities.

In 2007, President Nguyen Minh Triet conducted the first Vietnamese state visit to the United States since the Vietnam War, at the head of over a hundred business people. Trade with the United States has been growing rapidly since the relationship was normalized in 1995. Until then, it was forbidden for American companies to do business with Vietnam, but since the turn of the millennium, virtually all restrictions have been removed. In 2006, the two countries signed a free trade agreement, the year after that trade passed $ 80 billion. 1,200 US companies were then represented in Vietnam. Intel data manufacturer Intel started construction work in 2007 at a factory outside Ho Chi Minh City with a cost limit of $ 1 billion. Today, about 80 percent of Intel’s data chips are manufactured in Vietnam.

In general, the investment climate for foreign trading partners has improved significantly in recent years, partly as a result of a new company and investment law. Considerable effort remains in the fight against corruption, which is regularly emphasized at the highest levels. In 2007, Vietnam initiated a massive partial privatization of banks, insurance companies and other state-controlled companies, including the national airline Vietnam Airlines. The country’s largest bank and insurance company were both listed. The privatization process has attracted Western and Japanese investors, but the state will still hold 51 percent of the shares.

The economic upswing culminated in 2006-2007 with a growth rate of over 8 percent. The Saigon Stock Exchange had risen by 144 percent in 2006, the second largest increase of all the world’s stock exchanges. The index fell somewhat back in 2007, and in 2008 the index went down from about 1000 points to 320. In 2008, imports rose much stronger than exports, the dong currency weakened and inflation rose dramatically. Vietnamese economy is extremely export-oriented, more than any other country in the region, relatively speaking. After acute food shortages and severe rationing until around 1990, Vietnam was under Doi moi reform has become the world’s second largest rice exporter. Since the turn of the millennium, the country has also become one of the major exporting nations for coffee, seafood and rubber, as well as for shoes and textiles. The export industry has accounted for a higher proportion of GDP than any other country in the region. However, this caused the global financial crisis to hit Vietnam particularly hard.

In 2006, Vietnam joined the World Trade Organization (WTO). During a lengthy negotiating process, the United States made strict demands for reform. However, Hanoi suffered a trade policy defeat when the EU and the US imposed sanctions on Vietnamese footwear and other leather goods, immediately after WTO membership was in port.

Otherwise, Vietnam has seen remarkable progress in shipbuilding, with construction contracts also for Norwegian shipping companies. Maritime economics are increasingly emphasized, and rapid growth in the export industry has put a previously underemployed workforce and other resources into production. Production of rice, coffee, farmed fish (shrimp), textiles, footwear and furniture has created millions of new jobs. Much of the workforce, for a large number of women, comes from rural areas. During the reform process, the labor market has changed dramatically. Previously, the workforce was governed from above by administrative principles; the workers themselves had little influence. Today there is a real labor market with supply, demand and pricing of labor. Men and women now spend about the same number of hours on paid work. The Doi Moi reform has made great strides for women, although women continue to earn less than men. In the private sector, wages for women account for an average of 80 percent of men.

After the transition from collective farms to private family farms, farmers are given land settlement contracts of 20-30 years. Although the state formally owns all land, the contracts are inherited from father to son and can also be sold. This has led to fierce land speculation in urban areas. Speculators have been able to collect huge profits as land prices have risen steeply. Some of the profits have been captured by an underdeveloped tax system. The tourism industry has become increasingly important since Vietnam began the tourism industry around 1990.

Vietnam was ranked 116th out of 188 countries in the UN Human Development Index in 2014. The country is number 65 out of 144 countries on the World Economic Forum’s Equality Index in 2016. Environmental and climate issues are high on the political agenda. The government considers the country one of the most vulnerable in terms of climate change. It is claimed that the greenhouse effect is already evident with an increasing number of typhoons and worse flood damage. Climate change is considered a real threat to Vietnam’s continued socio-economic development and growth. 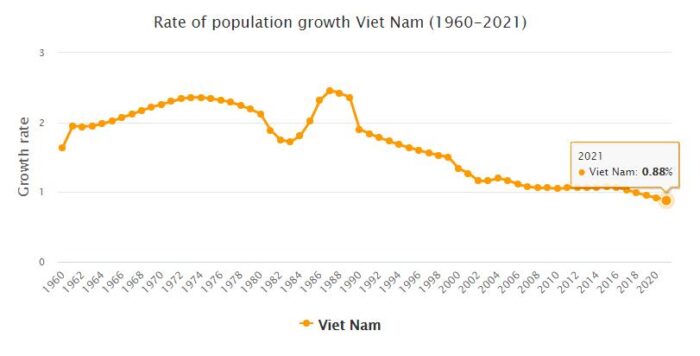