Venezuela. In the November 23 regional elections, President Hugo Chávez’s Party of Partido Socialista Unido de Venezuela (PSUV) won a convincing victory in most elections for governor positions. Only 5 out of 22 states are won by the opposition. PSUV also won big in the municipal elections with 267, or 81 percent, of the municipal boards around the country. On the other hand, the opposition won in several important and populous coastal states, such as Zulia and Venezuela’s second largest state, Miranda. The major losers in the elections were the dissident parties from Chávez’s movement. They lost the three states they had before, and in the six other states where they stood they failed altogether.

An important opinion victory for Chávez was also the launch of Venezuela’s first satellite “Simón Bolívar” on October 29 from a space base in China. According to the Minister of Science and Technology, the satellite is supposed to put people who have been marginalized in contact with each other. Ironically, the EU came almost simultaneously with a statement condemning the restrictions on freedom of the press in Venezuela.

Relations with Spain improved significantly during the year following the mentioned confrontation between King Juan Carlos I and Hugo Chávez at the Latin American summit in Santiago in 2007. Chávez made an official visit to Spain in late July, with Chávez visiting the King’s summer palace in Mallorca t-shirt with the now winged phrase Por que no te callas (“Can you shut up!”).

President Chávez continued his efforts to mediate in the internal Colombian conflict during the year. Among other things, he urged guerrillas FARC to lay down the weapons and release all hostages. However, when the Colombian military attacked a FARC base on Ecuadorian territory, Chávez stood solidly on the side of Ecuador’s President Rafael Correa, and did not contribute so much to international tension by mobilizing thousands of troops at Venezuela’s border with Colombia. The threat of war seemed imminent, but soon sounded off.

A new election to the country’s National Assembly (Asamblea Nacional) was held on December 6, 2015. The opposition coalition MUD won 112 of 167 seats, giving them a “super majority” with more than two-thirds majority. This was the opposition’s first electoral victory since Chávez won government power in 1998.

After the election, the opposition’s stated goal was to remove Maduro before the end of the presidential term. At the beginning of May 2016, they started collecting signatures to launch a recall election on Maduro’s office, similar to the 2004 Chávez referendum. political tug of war until the election was suspended by CNE in October 2016.

On July 30, 2017, after four months of escalating conflict levels, elections to the Constitutional Assembly were held at the initiative of the government. The government claimed that this could help curb the political crisis, but most observers felt the initiative was unconstitutional. The opposition coalition MUD boycotted the election. The Constitutional Assembly was given a broad mandate and assumed most of the opposition-dominated National Assembly’s functions, which became the political wing cut. For the opposition, it meant that the strategy of pushing the government’s departure through street protests had failed, the protests died out, and there were divisions in the MUD around whether to participate in the upcoming electoral processes.

In October 2017 elections were held for state governors; an election that had been postponed since December 2016. The government coalition GPP (Gran Polo Patriótico) took a surprising victory, winning in 18 of 23 states.

In December 2017, municipal elections were held, where the government coalition won in 308 of the country’s 335 municipalities. Several of the opposition parties refused to take part in the elections, and the participation rate was just under 47 percent. Election processes in 2017 have been marred by deviations from previous electoral procedures, political pressure on government voters, and accusations of electoral fraud. However, the governorship and municipal elections have been stamped by international election observers in attendance.

On May 20, 2018, presidential elections were held. Maduro won the election with 67.8 percent of the vote. The election has been heavily criticized, both by the opposition and internationally. His main challenger was Henri Falcón, former governor of the state of Lara and leader of the Progressive Advance party, which got 20.9 percent of the vote. The opposition coalition MUD did not take part in the elections. The turnout was only 46 percent. 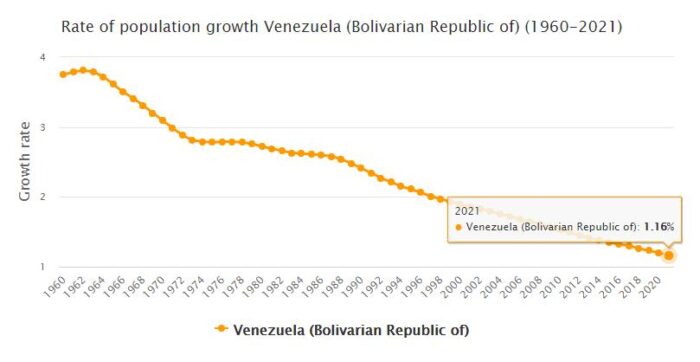