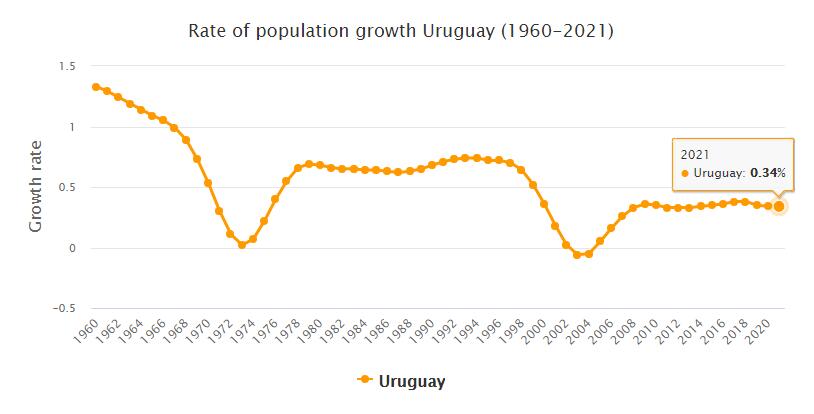 Uruguay. As has already happened in most Latin American countries, attempts were also made in Uruguay to change the constitution so that the incumbent president can be re-elected. President Tabaré Vázquez had previously opposed a constitutional change in that direction. But after some of his supporters started a campaign to get 250,000 voter signatures in support of such a change, he declared himself ready to reconsider his decision on the required signatures, corresponding to 10 percent of the electorate, could be shown. The government reform that the President undertook somewhat later was considered his way of stifling competition within the government coalition Frente Amplio (FA) to become his successor.

Vázquez’s decision to exercise his right to veto a bill on free abortion, which the Senate approved in early November, however, made him suddenly unpopular and in early December resigned as leader of the Socialist Party.

The climate is subtropical in the north and temperate in the south. In the coastal regions, the temperatures are similar to the climatic conditions of the coastal regions of southern France, northern Italy and northern Spain, with clearly defined thermal seasons. The annual average temperature there is 16.5 ° C. The warmest month is January with around 22 ° C, while June is the coolest month with an average of 10 ° C. Inland, the mean annual temperature is slightly higher, mainly because of the warmer summer temperatures. 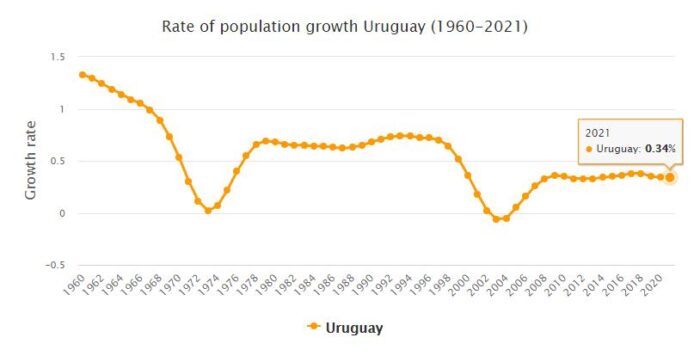