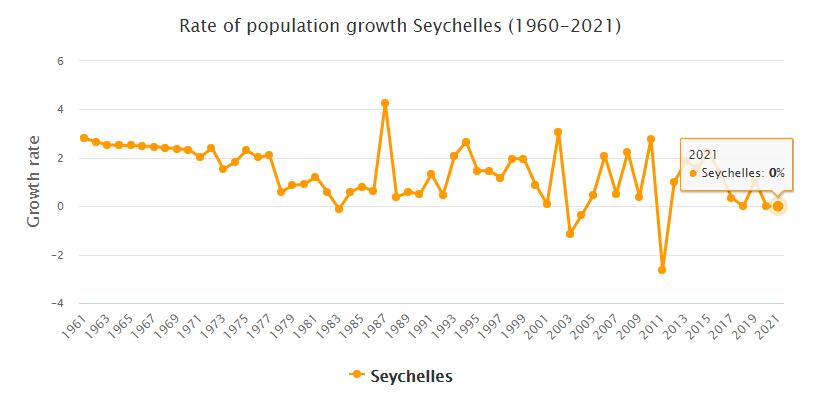 Seychelles. The international financial crisis in the fall of 2008 led to a decline in Seychelles’ important tourism industry. The crisis also made it clear that the country’s powerhouse had built up an unsustainable economy with large government spending at the expense of very high foreign debt.

In September, the effects of the international financial crisis came. Until now, tourism had remained at the same level as in 2007, but in September it turned downwards. At that time, the number of tourists was eleven percent lower than the same month the year before. The tourism sector was also threatened by a tax increase, which it feared would reduce the number of visitors to the relatively expensive tourist country even more.

In October, the country’s central bank governor resigned. He argued for health reasons, but there were speculations that the economic downturn also played a role. Seychelles’ external debt amounted to USD 800 million, close to 175 percent of the country’s GDP. The government announced that the country was unable to pay its debts and initiated loan negotiations with the International Monetary Fund (IMF). In November, the IMF granted $ 26 million in support over two years. In return, the government promised to reduce the state’s role in the economy, cut the number of civil servants, increase privatization and review tax policy. In addition, restrictions on currency exchange were abolished, and the Seychelles Rupee was allowed to float freely. These measures were hoped by the government and the IMF would lead to increased access to foreign currency, which has been a major problem.

But the support program was not enough. A few days after the IMF agreement became clear, the finance minister traveled to Paris to renegotiate Seychelles’ loans with various lenders.

On December 9, Seychelles’s first president and founder of the Democratic Party, James Richard Mancham, called on the country’s politicians to form a unifying government to deal with the crisis. He also criticized recent governments for conducting irresponsible economic policies. In December, the State Mortgage Institution announced that mortgage rates would rise from 7 to 13 percent from January 2009. 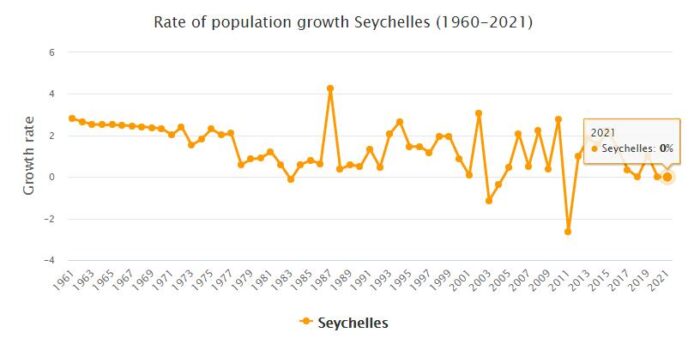 The economy is essentially based on tourism (on average 140,000 visitors a year), which has developed at an accelerated pace since the 1970s and which accounts for over 60% of the gross domestic product. Good income comes from the financial sector, thanks to offshore investments (since 2003-04, however, anti-money laundering regulations are in place). Agriculture, which until the 1970s was, together with fishing, the basis of economic activity, is now a sector of limited importance and mainly supplies products for export (coconuts, copra, cinnamon, spices, tea). Fishing is more relevant (in particular that of tuna). The secondary sector is represented by plants for the processing of agricultural products (beer, preserves,

The town is served by 458 km of roads, almost entirely asphalted. In addition to Mahé International Airport, there are smaller airports on the main islands.