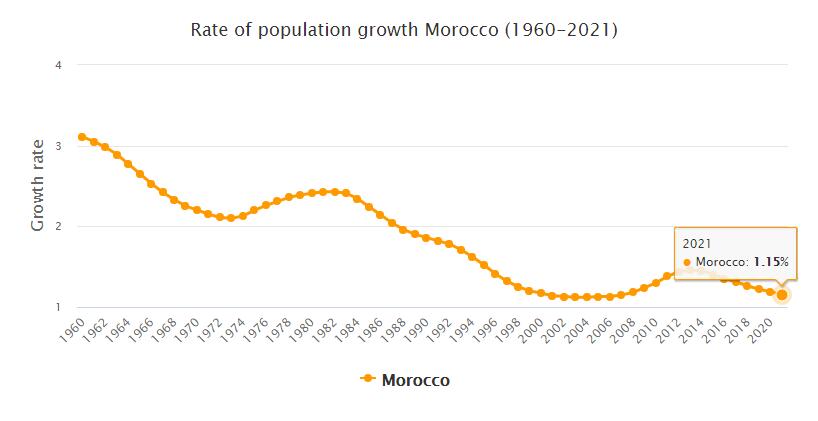 Morocco. The government’s hunt for militant Islamists continued. In February, security forces were reported to have split a terrorist group and arrested its leaders and 31 other members. According to the government, the group had links to both the militant Islamist group al-Qaeda in Afghanistan and the Shiite Hizbullah guerrilla in Lebanon. In May, police were said to have split a similar group of eleven members, among them several Moroccans living in Belgium.

A number of people were sentenced during the year to shorter or longer prison sentences for involvement in militant Islamist activities.

African refugees told Spanish press in May that 29 refugees drowned on April 28 when Moroccan flutists had pierced their inflatables off M’s coast. 70 refugees ended up in the water, but 40 were rescued by another ship. Among the dead, there were reportedly four children. Most of the refugees came from Nigeria and Mali. The Moroccan fleet did not comment on the information.

In February 1998, King Hassan appointed USFP leader Abderrahmane El Youssoufi as prime minister and in March he appointed the new government. In March 1999 and after several postponements, the government once again requested the UN to postpone the planned referendum in December. The Moroccan authorities proposed March 2000 as a new date. However, after studying the situation and discrepancies between the government and Polisario in Western Sahara, the UN Secretary-General decided to postpone the vote to an undetermined date by 2002. The date had originally been set for 1991, but was postponed each time.

The death of Hassan II in June 1999 and his son Mohammed VI’s takeover of the throne led to major political changes in the country. The first act of the new king was the pardon of some 800 political prisoners. In a televised speech in August, the king pledged to fight social inequality, domestic violence, unemployment and rural escape. Polisario welcomed the King’s first political action and, in particular, the decision to accelerate the referendum on the future of Western Sahara. In November, Mohammed VI made proposals for a kind of autonomy in the occupied territory.

In the same month, he deposed Interior Minister Driss Basri, who had kept his post for almost 20 years through changing governments. During the celebrations of Ramadan in January 2000, the king announced the release of another 2,000 political prisoners. In March, government proposals for greater rights to women triggered both support and counter-demonstrations. With the bill, polygamy would be banned, the marriage age of women would be increased from 14 to 18, the woman would be granted half the values ​​of a divorce, and this should be monitored by a judge, and not today, solely for the man’s good fortune.

In August, the king announced the discovery of large gas and oil deposits at the country’s eastern border. Some independent media estimates there could be 20,000 million barrels of oil.

Acc. a report from the moroccan prison system published in May 2001 is the country’s prison system characterized by corruption, violence, illness and child abuse, many of whom are under the age of 12. At the same time, the 44 prisons are notoriously overpopulated and the sanitary conditions lead the idea of ​​past historical periods. They house 80,000 prisoners, but are only built for half. Acc. The report is the only food the inmates get the food their families bring after first having to bribe the prison staff.

The terrorist attack in New York on September 11, 2001, worsened relations with Spain. Madrid tightened control in Ceuta and Melilla and at the same time demanded that Morocco do more to limit the flow of illegal refugees to Spain. Just days before Mohamed VI was to begin his official visit to Western Sahara, Morocco on October 27 called its ambassador to Spain home for consultations and canceled a mutual summit scheduled for December.

Tourism dropped dramatically after September 11 – especially the flow of tourists from the United States. Therefore, in January 2002, Fez authorities and influential people gathered a delegation who traveled to New York in April to inform the North American public that it would be warmly welcomed in Morocco.

Mohamed VI broke the tradition when he published the news of his wedding and the name of the chosen one: Alma Bennan – a 24-year-old engineer. Acc. observers were the wedding sign of modernizing the country, and it is expected that the king’s wife will provide the country’s women with a more prominent role in public life. 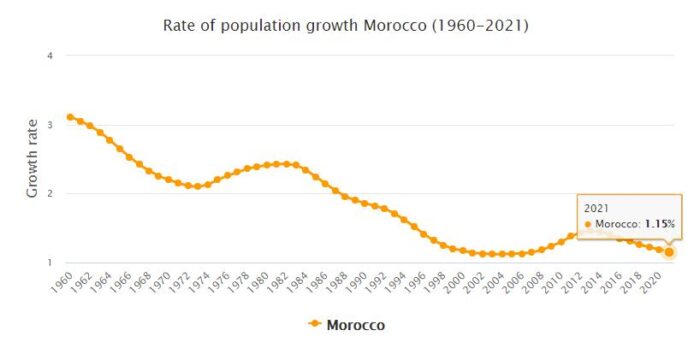