Kuwait. All members of the government demanded resignation on March 17, citing difficulties in cooperating with Parliament on the country’s economic policy. The emergency crisis was triggered by the government approving a salary increase of 120 dinars per month (equivalent to $ 466) for all Kuwaiti, both public and private, while Parliament wanted to see an increase of another 50 dinars ($ 186). After the government resigned, the emir Sabah al-Ahmad al-Jabir as-Sabah dissolved the parliament.

In a recent May 17 election, Islamist candidates – Shia and Sunni Muslims – took 24 of the 50 seats, an increase of three. Liberal candidates and their allies took seven seats, a reduction of one. No woman was elected. The Emir appointed a new government under the same prime minister, Nasser Muhammad al-Ahmad al-Sabah. The House of Kuwait is the most powerful in the Gulf states, but democracy is far from complete. Of the country’s 2.9 million residents, only 360,000 had the right to vote. The turnout was estimated at 60 percent.

On November 25, the government again demanded a resignation, this time after several Islamist MPs asked to ask the Prime Minister for a visit he recently received from an Iranian Shiite leader who they allegedly insulted Sunni Islam. The members also accused the Prime Minister of corruption and of letting public service in the country lapse. However, the Emir asked Nasser and his government members to resume their posts, which they did on December 17.

On August 2, 1990, approx. 100,000 Iraqi soldiers entered Kuwait and occupied the country. Six days later, Kuwait was annexed by Iraq and proclaimed the country’s 19th province, while part of northern Kuwait was incorporated into Iraq’s Basra province. The invasion met only limited resistance from the inferior Kuwaiti defense. Later criticism hit both the defense and the country’s political leadership, including the emir, who fled the country rather than leading the opposition. A significant proportion of the population also fled, most of them to Saudi Arabia.

The UN Security Council condemned the invasion of Kuwait and demanded immediate withdrawal. When Iraq did not comply, the UN member states were required to participate in a total boycott of the country and not recognize any Kuwaiti regime deployed by Iraq. On November 29, 1990, the Security Council granted Iraq the deadline for January 15, 1991, to withdraw from Kuwait. If not, the UN member states were authorized to use “all necessary means” to restore peace and security in the area.

With the support of this UN resolution, a group of countries, with the United States, Britain and Saudi Arabia at the helm, began preparing a military action to liberate Kuwait. Attempts to find a peaceful solution to the conflict did not emerge. Iraq did not succumb to pressure, and on January 17, 1991, US-led forces launched their campaign to release Kuwait: Operation Desert Storm. Thirty countries, including Norway, made military contributions to the multinational force, which was under ally military command in Saudi Arabia. After carrying out a series of bombings, from air, sea and ground, to targets in Iraq in the first phase of the war, a massive ground advance from Saudi Arabia, into both Kuwait and Iraq, was launched from February 24. After a day and a half, Iraqi President Saddam Hussein gave their forces order to withdraw from Kuwait, declaring that the country was no longer part of Iraq. On February 28, the US government ordered a cease-fire. In March, the Security Council formulated the conditions for a ceasefire and in April established a demilitarized zone between the two countries, monitored by a military observer force: the United Nations Iraq-Kuwait Observer Mission (UNIKOM), including the one with Norwegian participation. 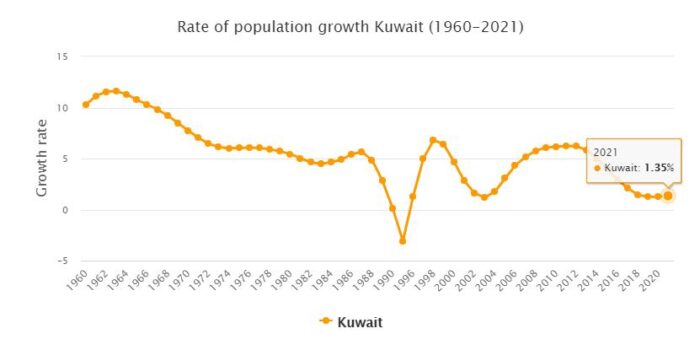