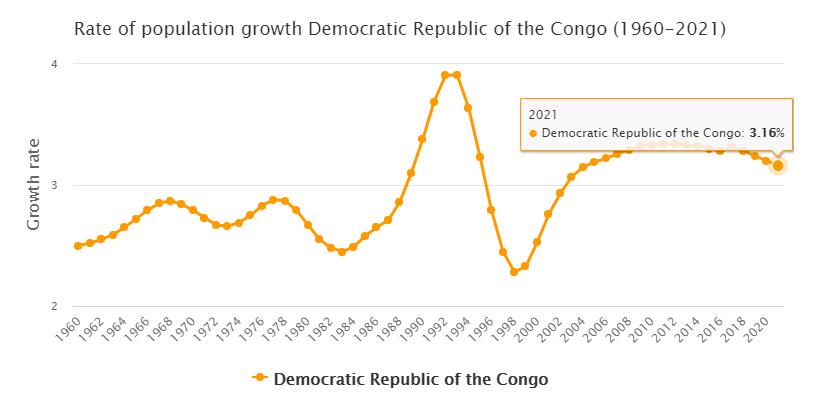 Congo. Shortly after the turn of the year, a conference of about 600 participants was launched in the city of Goma in eastern Democratic Republic of the Congo with the aim of ending the country’s last armed conflict. Despite threatening statements during the conference, Militia leader Laurent Nkunda wrote after more than two weeks of negotiations under a peace agreement with the government. A total of 22 armed groups operating in both Kiwi provinces promised to lay down arms and respect the rights of the civilian population. Nkunda, who said she was fighting to protect the local Tutsin minority, had for several years been regarded as the greatest threat to the residents of the region.

Despite the peace agreement, the situation remained tense in North Kivu. In early August, both Nkunda’s militia National Congress for the People’s Defense (CNDP) and the army were reportedly preparing and recruiting, and at the end of the month fierce fighting broke out. The UN force MONUC tried to prevent CNDP’s advance, but without much success. During a few autumn weeks, about 200,000 people fled the fighting and joined the more than a million who had already lost their homes earlier during the conflict.

While Nkunda threatened to “liberate” the whole of Democratic Republic of the Congo, the UN, the African Union (AU) and the EU tried to put an end to the fighting through mediation, and the UN Security Council decided to increase MONUC’s number by 3,000 to a total of about 20,000. At the same time, the UN force was ordered to place more soldiers in the Kivu region and place more emphasis on protecting civilians. A UN investigation accused all the local forces involved of serious abuse against the civilian population. After the army’s local allies almost collapsed, President Joseph Kabila first replaced the Defense and Home Affairs Ministers and then the Army Chief and was forced to begin negotiations with Nkunda in December.

In February, Army Colonel Mathieu Ngudjolo Chui, with a past as militia leader in the Ituri region, was arrested and flown to the International Criminal Court (ICC) in The Hague. There he was brought to trial along with another Ituri warlord, Germain Katanga who was arrested in 2007, for killing more than 200 people in the attempts to wipe out an entire village in 2003. They were charged with 13 points for war crimes and crimes against humanity.

Former Vice President Jean-Pierre Bemba was arrested in Belgium in May and also brought to the ICC. He is charged with assault that his then militia committed when it helped defeat a coup attempt in the Central African Republic in 2002.

In Western Democratic Republic of the Congo, in March, fighting broke out between the army and members of a religious and political community called Bundu Dia Congo, which was accused by the government of trying to create a state in the state. At least 68 people were killed in clashes, and President Kabila withdrew recognition of the community as a nonprofit.

The 83-year-old Prime Minister Antoine Gizenga resigned on age grounds in October and was replaced by former Budget Minister Adolphe Muzito. In the early 1960s, Gizenga was a close associate of Democratic Republic of the Congo’s first Prime Minister Patrice Lumumba.

According to Countryaah reports, the population of Democratic Republic of the Congo in 2008 was 64,563,743, ranking number 20 in the world. The population growth rate was 3.340% yearly, and the population density was 28.4792 people per km2. 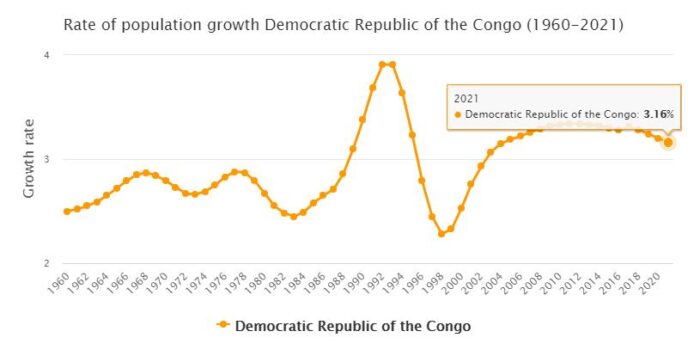