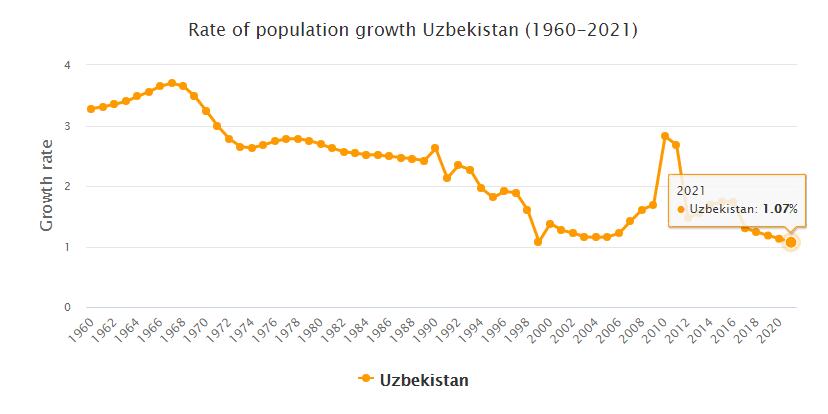 Uzbekistan. In January, President Islam Karimov was sworn in for a third term, despite the president being allowed to run for re-election only once.

In April, the regime-critical poet Yusuf Juma was sentenced to five years of forced labor accused of attacking the police. Juma, who denied the accusations, had been arrested while participating in a protest against the regime. His son was sentenced by the same court in Buchara to three years of conditional punishment, but according to the family, the son had been tortured and forced to admit under threat that his father would otherwise receive a 20-year sentence.

In June, a couple of political prisoners were released, probably following pressure from the United States. One of them was Ahmadjon Odilov, 83, the political prisoner who served the longest sentence in Uzbekistan.

In October, regime-critical freelance journalist Solijon Abdurachmanov was sentenced to ten years in prison for drug offenses. He denied and claimed that he was subject to a plot. The verdict fell shortly after a media freedom forum was held in Tashkent and it was followed by another 10-year prison sentence against a human rights lawyer accused of blackmail. According to human rights groups, the charge was fabricated.

Despite the suppression of human rights suppression in Uzbekistan, there were strong forces within the EU that wanted to lift the sanctions against the country. The United States also showed signs of wanting to approach the regime in Tashkent, to counter Russia’s influence in the region and to facilitate its transportation of supplies to Afghanistan. Ahead of the NATO summit in Romania in April, President Karimov said yes to transport by road through Uzbekistan to Afghanistan.

In December, health care officials anonymously confirmed to foreign media that more than 40 children, most of them newborns, had been infected with HIV at a hospital in the city of Namangan in the Fergana Valley. In the local media, the case was not reported, which was reportedly handed over to prosecutors.

Gross national product (GNP, per resident and year): 1980 US$

Administrative division of
12 regions, the Autonomous Republic of Karakalpakstan and the capital

State and form of government
Constitution of 1992
Presidential Republic
Parliament (Oliy Majlis): House of Representatives with 150 members (135 elected, 15 reserved for the ecological movement); Senate with 100 members (84 indirectly elected, 16 appointed by the President); Election every 5 years – direct election of the head of state every 5 years (one-off re-election)
Suffrage from 18 years of age

Imam is released after 15 years in prison 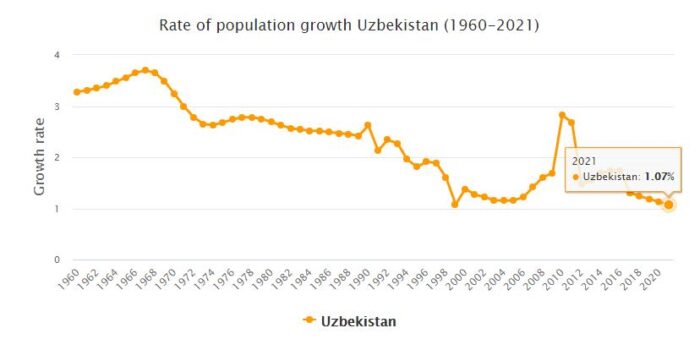