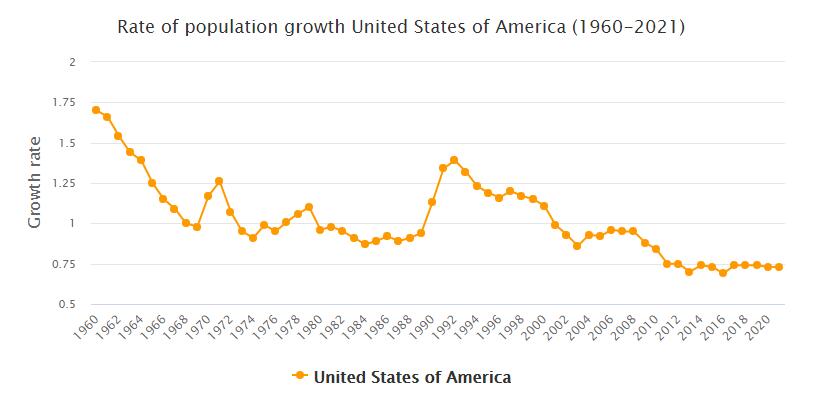 USA. Shortly after the New Year, the primary elections for the autumn presidential elections began. Among Republicans, Arizona senator John McCain soon became the leading candidate, and in March, his nomination was formally secured. In the Democratic Party, a bitter battle was going on between the first-favorite Hillary Clinton, New York senator from the beginning, and Illinois Senator Barack Obama. The fight was followed with great attention, never before had a woman or a person of African origin been a candidate for either of the major parties.

No relief was seen in the mortgage crisis that became acute in 2007, and the economic situation became increasingly bleak with falling property prices, rising unemployment and worsening credit crunch. The Central Bank Federal Reserve reduced its most important policy rate in order to calm the market in several steps during the year. When one of the world’s largest investment banks, Bear Stearns, faced a complete collapse in March, the central bank went in with emergency loans. The government intervention helped little, Bear Stearns was soon bought by the finance company JPMorgan Chase at a wreck price.

Gradually, pressure on Clinton grew in the fight for the Democratic presidential nomination. But only in June did Obama secure enough delegates for the party convention to be ready as a candidate. He then led in opinion polls against McCain and impressed many with a disciplined campaign, inspirational leadership style and promises of change.

In June, the Supreme Court made a decisive decision on gun ownership, stating that the constitutional right to bear arms covers individuals and not just militia groups or the like. The strike was seen as a major victory for the influential weapons lobby.

In the same month, the court ruled that terror suspects at the Guantánamo base in Cuba had the right to appeal their detention to civil courts. It was a setback for the government, which called the prisoners “illegal combatants” without the right to have their case tried in ordinary court. Earlier in the year, charges had been brought against six prisoners in Guantánamo, all suspected of involvement in the terrorist attacks in the United States in 2001. Most famous among them was Khalid Sheikh Mohammad, who, according to public interrogations, admitted to being the brains behind the attacks as well as a number of other acts.

The first verdict in Guantánamo was announced in August when Salim Hamdan of Yemen, who worked as a driver and bodyguard for Usama bin Laden, was convicted of supporting terrorist activities. However, the jury in the military court saw Hamdan’s role as insignificant and sentenced him to only 5.5 years in prison, which was seen as a setback for the government.

Ahead of the Democrats’ party convention in August, Obama appointed Senator Joseph Biden as his vice presidential candidate and was thus set to try to offset his own lack of experience, including in foreign policy. McCain surprised more; Alaska’s Governor Sarah Palin, who became the Republican candidate at the convention in early September, was fairly unknown at the national level. Many Republicans saw Palin as a fresh fan next to 72-year-old McCain, and as a conservative, she appealed to many within the party’s right-wing Christian base.

With the election of Palin, Republicans first got a boost in opinion polls, but gradually she also emerged as a burden. Many, even in their own party, questioned her competence when, with several startling statements, she emerged as strikingly ignorant.

McCain’s conditions were also weakened by the record-low support for the incumbent president, with just over 20 percent of voters thinking that party colleague Bush did a good job. In addition, the US financial crisis almost exploded in September, leaving the electoral movement completely dominated by the economy, which did not benefit McCain. The crisis led to state intervention in the market to an extent that few had foreseen. The state took control of the two bankruptcy mortgage giants Fannie Mae and Freddie Mac – who together accounted for about half the mortgage market – and over the country’s largest insurance group AIG.

The remaining investment banks on Wall Street were overturned, bought up or changed status to commercial banks. In order to prevent a financial meltdown, Finance Minister Henry Paulson proposed a rescue package of up to US $ 700 billion for the state to buy up bad loans. It was passed in record speed by Congress, even though the House of Representatives in a first vote said no and thus contributed to one of the autumn’s many violent stock market crashes. The stock market also collapsed when both chambers of Congress, after certain additions, said yes to the package, a sign that the market was not sure that the effort would suffice.

In the Nov. 4 election, Obama won with the support of 53 percent of voters and 365 of the 538 electoral votes. The choice was the most watched and most expensive to date. But mostly it was historic when few even a year earlier had thought that a black person would become the next president of the United States. The enthusiasm of the supporters was enormous, both in the country and abroad. Expectations were very high on major changes in politics. In addition, the Democrats had strengthened their position in Congress.

But at the same time, the financial crisis continued to deepen, and it became clear that Obama would take a very difficult position. The budget deficit for 2008 was estimated to add $ 1 trillion to central government debt, which now amounted to more than 10 trillion US dollars. Growth seemed to fall to minus 5 percent at the end of the year, over 20 banks had collapsed and the automotive industry was in an acute crisis and demanded state aid not to overturn.

The November 2008 presidential election was won by Democrat Barack Obama, who became the country’s first president of African-American descent. This triggered a hate campaign of unprecedented dimensions from the country’s racist right wing. At the same time, the election was a strategic defeat for the Republican Party’s neoconservative wing and for the country’s extensive fundamentalist Christian sects that had supported the Bush administration.

As his first official act, Obama issued a decree that would mean the closure of the concentration camp in Guantanamo, where hundreds of prisoners have been incarcerated since 2001 in violation of the Geneva Conventions. A year later, the closure of Guantanamo had run out in the sand due to unwillingness in the US to take prisoners and long-suffering in the judiciary for getting the many innocent prisoners released.

The new government embarked on a new health reform that would allow all citizens of the United States access to health care, and Obama also appointed a number of top people to pave the way for peace in the Middle East. However, all these political projects ran into serious problems through 2009 because Obama teamed up with powerful actors in the United States: the rocky health groups and the Jewish lobby there is opposition to peace in the Middle East. The death of Senator Ted Kennedy and the subsequent election of a conservative replacement made the plans for health care reform disintegrate, and only after the president set all his prestige in spring 2010 did he succeed in adopting an amputated health care reform, which, however, remains private insurance companies and hospitals that are the cornerstones of health care. The many private actors whose sole purpose is to make money from illness make the United States health care the most expensive in the world – without overall being particularly good.

23 CIA agents were convicted in November 2009 in a Milan court for the abduction of Egyptian imam Abu Omar in 2003. The agents abducted him and brought him to Egypt, where he was tortured and charged with terrorism for several years.. He was never charged, but remains monitored by the Egyptian authorities. The CIA’s Milan boss was sentenced to 8 years in prison, while 22 other agents were given every 5 years in prison. They were also sentenced to pay $ 1 million. € in compensation to Omar and ½ million. € in compensation to his wife. The abduction was part of the United States’ so-called rendition program, where the superpower, in particular 2001-07, systematically violated the Torture Convention by abducting suspects and subjecting them to torture in client states. The United States refused to extradite the 23 to prosecution in Italy, and they were therefore sentenced in absentia.

In December 2009, Barack Obama received the Nobel Peace Prize. On the day he was presented with the award, he announced the deployment of another 30,000 soldiers in Afghanistan. The Nobel Committee’s decision to award the President of the United States was met with wonder on many sides, as the superpower remains the world’s most aggressive military force. The United States began its military withdrawal from Iraq in June 2009. It was completed in December 2011.

Obama visited Denmark twice in 2009. First time in November in an attempt to get the 2016 Olympic Games to Chicago. It failed. Brazil will host the 2016 Olympics. The second time in December during the UN Climate Summit. This meeting, in turn, succeeded as Obama managed to keep the North American oil companies from paying for CO 2 pollution for 100 years.

In March 2010, Vice President Joseph Biden traveled to Israel to meet with the Israeli government and launch the peace process that Israel had sabotaged for 9 years. To mark Israel’s decision, Israel announced new settlement buildings in the Occupied Territories, in the midst of Biden’s visit. A furious Biden returned home, and Israeli Prime Minister Benjamin Netanyahu’s subsequent visit to Washington was marked by icy cold. Despite diplomatic attempts to pour oil onto the waters, the relationship between the two states was at the coolest level for 15 years. But Israel achieved what it wanted: continued expansion of its settlements – in violation of the 4th Geneva Convention – and the United States’ attempt to get the peace process back on track. Instead, the United States turned its attention to Iran, which the superpower does not believe has the right to acquire nuclear weapons. Iran has signed the Nuclear Non-Proliferation Treaty, while Israelhas not signed this agreement and is believed to have more than 100 nuclear bombs – the only nuclear power in the region.

In April 2010, an explosion destroyed a BP oil rig in the Caribbean. Over the next 87 days, about 4.9 million ran. barrels of crude oil into the Caribbean. The spill destroyed beaches, fishing and bottom living in a vast ocean area just south of the United States. In February, the expenses for BP were ifbm. the spill ran up to $ 42 billion US $.

In 2010, a health reform was implemented, whose primary goal was to provide health insurance to the DKK 50 million. North Americans who until then had had no insurance. This was not a real strengthening of the public health system, but to provide DKK 50 million. poor residents access to private health insurance. The fight against health reform became the focal point of the fundamentalist right wing in the United States. The reform will not create a cheaper and more effective healthcare system, but will strengthen the United States as the country with the world’s most expensive (and most ineffective) health care system.

In the spring of 2011, the US became more reluctant to join NATO’s war on Libya. In late April, however, the United States ended its bombings, leaving the rest to NATO. The Western world had fooled the United Nations Security Council into approving the establishment of a no-fly zone, but in practice NATO waged war on Libya.

On May 1, 2011, North American stealth helicopters attacked a house in Pakistan, executed Osama bin Laden and subsequently forged the body of the Indian Ocean. Under Obama, direct war operations against US enemies diminished, but instead, secret and drone-based operations were drastically escalated. Since 2010, thousands of civilians are killed annually in Pakistan, Yemen and Afghanistan following attacks by remote-controlled drones. Human rights organizations with Amnesty International at the forefront in August 2013 called this practice of crimes against humanity – without, however, in any way changing the US practice. 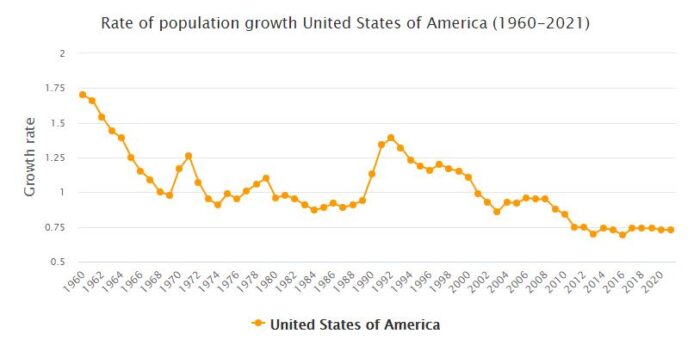