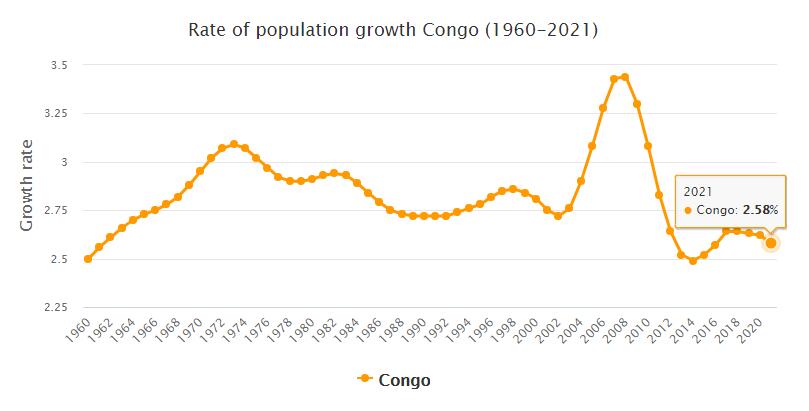 Congo. Yet many years after the civil war that plagued Republic of the Congo in the years 1997–2003, the country has not healed the wounds. Only in 2008 did the Army begin the arduous task of collecting and destroying the quantities of abandoned weapons and scarce ammunition still scattered on the old battlefields. In the capital Brazzaville alone, it was estimated that there were undetected explosives on a total area of ​​26 hectares.

During the year, the process of formally reintegrating some 30,000 former militia soldiers into civil society was also initiated. The work is largely financed by the World Bank.

The country’s teachers’ organizations organized in CPRE in February 2013 went on an indefinite strike after negotiations with the government on better education and higher wages collapsed. The strikers were exposed to threats from the security police DGST, some teachers were arrested and others had to go underground. In May, the strike could end after an agreement was reached with the government.

Opposition and trade unions are frequently exposed to threats by the authorities, and the state controls all the major media, so freedom of speech is severely restricted. The country is closely allied by France, whose semi-state oil company Elf Aquitaine controls 70% of oil production in the Congo.

In 2014, the regime deported 179,000 refugees from the Democratic Republic of Congo during Operation Mbata Ya Bakolo.

N’Guesso turned 70 in 2013 and as president in his 2nd term following the 2002 Constitution, he no longer fulfilled 2 of the Constitution’s requirements to be eligible for a 3rd term. The Constitution operated with an age limit of 70 years and a maximum of 2 periods. In 2015, therefore, the regime decided to change the constitution. The age limit was removed, the presidential term was reduced to 5 years from 7, and the number of periods increased from 2 to 3. In October, the opposition conducted demonstrations against the constitutional change to be adopted by a referendum at the end of the month. The demonstration was consumed by the regime, but was carried out nonetheless. 4 were killed by police during the first day of demonstrations and the military was then deployed. The regime was supported by French President Hollande, who declared that the President was naturally entitled to consult his people. The opposition gathered in FROCAD then called for voting against the constitutional amendment, but moreover abstained from violence. Other opponents called for a boycott of the vote. The vote was passed on October 27 and the regime adopted the new constitution with 92.3% of the vote. The turnout was noticeably low, although it was. the regime was at 72.4%.

N’Guesso could then stand for a 3rd (in fact, 4th) term as president. In March 2016, he was allowed to vote with 60% of the vote. The result was criticized by the opposition for being out of step with reality and it declared it would conduct its own counting. The regime then cut off internet and SMS traffic in the country to prevent other results from being published. Police used tear gas at demonstrations facing the election scam, and France congratulated the aging dictator on the election victory. French oil company Elf Aquitaine accounts for 70% of the country’s oil production.

PCT won the parliamentary elections in July 2017, with a slight increase to 90 seats. The turnout was only 44.4%. 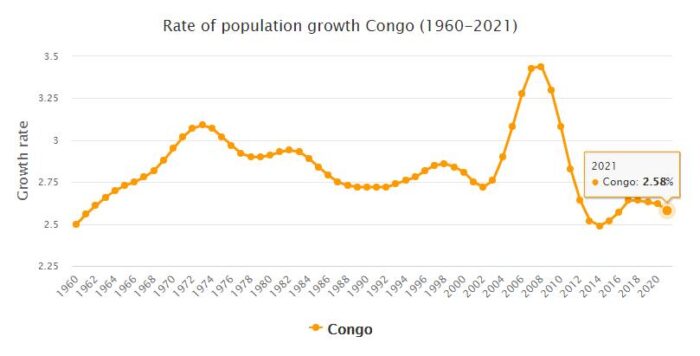 Demography and economic geography. – Central-West African state. The population (4,558,594 residents, According to an estimate by UNDESA, United Nations Department of Economic and Social Affairs, in 2014) is growing at an annual rate of 2.6% and 65% lives in urban areas. The capital, Brazzaville (1,827,000 residents, estimate 2014), welcomes 40% of the residents (15,000 residents / km2), while another 20% is concentrated in the port city of Pointe-Noire (939,000 residents). With life expectancy at birth of 58.8 years (2013), 43% poor, literacy at 79% and GDP per capita with purchasing power parity (PPA) of 6572 dollars (2014), the R. del C. is in 140th place in the Human Development Index. Growing 3-4% in recent years, the economy, which depends on oil (60% of GDP), is also supported by diamonds, gold, forest and agricultural plantation products. Infrastructure investment is on the rise, but corruption remains high. China is the first export partner and investor (raw materials and infrastructures).