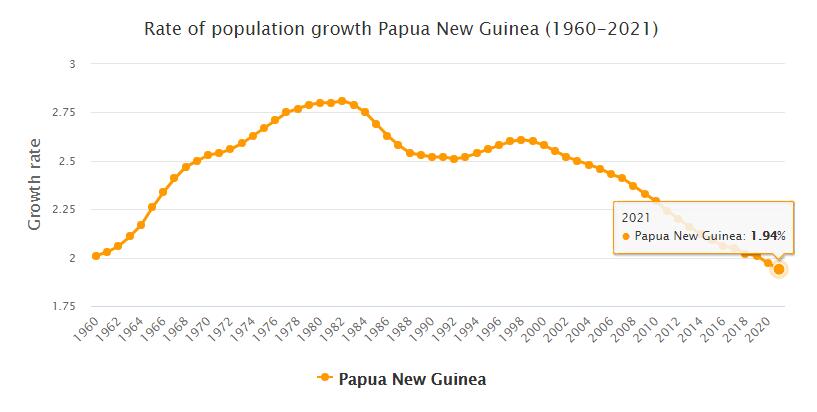 Papua New Guinea. With satellite imagery as the basis, an international research group presented a report during the year on the rapid calving of Papua New Guinea’s rainforests over the past 30 years. In total, the country has lost five million hectares of forest, and according to the researchers, current safeguards are insufficient. The logging rate suggests that the country may lose most of its forest by 2021. The reason is commercial harvesting, burning and planting of palm oil plantations. Timber exports were 2.5 billion cubic meters in 2006. Papua New Guinea has the third largest rainforest in the world after the Amazon and Congo (Kinshasa), and it holds great biodiversity.

Prime Minister Michael Somare signed an agreement with his Australian colleague Kevin Rudd in March to reduce greenhouse gas emissions, including through increased protection of the rainforest.

In June, Joseph Kabui, president of the Bougainville Autonomous Region, passed away. Kabui was elected Bougainville’s first president in 2005 after playing a pivotal role in establishing peace after the bloody civil war on the island between 1989 and 1997. New presidential elections were held in December and won by 43-year-old former guerrilla leader James Tanis.

Papua New Guinea’s state oil company Petromin signed an agreement with Canadian company InterOil on the extraction of gas in the Gulf province during the year. InterOil, which operates Papua New Guinea’s only oil refinery, has found a large gas field in the Gulf province. It will be Papua New Guinea’s second liquefied gas production project. The first facility is being built for the equivalent of approximately SEK 50 billion and gas deliveries are expected in 2012. Landowners on the planned gas field in the province of Southern Highlands brought the state to trial during the year and accused the government of selling the country’s energy resources without legal consultation with local authorities. Despite Papua New Guinea’s vast natural riches, about 85 percent of the population lives as self-sustaining farmers.

The government decided during the year that Papua New Guinea will get its first national television station, the National Television Service (NTS). At the same time, ministers threatened to restrict the freedom of the press if it continued to publish “government-hostile” articles. The reaction followed a newspaper’s information about a private ministerial account in Singapore with the equivalent of nearly SEK 300 million used in illegal activities. Prime Minister Somare explained to journalists that they would be grateful that he had not “deported” any of them. 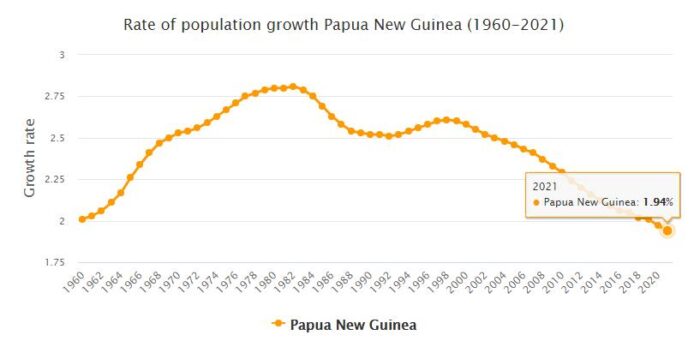 Formerly a territory administered by the Australian Federation and constituted by the union of Papua and New Guinea, in 1975 it gained independence within the Commonwealth. It extends over the eastern section of the island of New Guinea (whose western section belongs to Indonesia) and includes about 600 small islands, including the Bismarck archipelago (with the main islands of New Britain, New Ireland and Manus), the northern part of the Solomon Islands (including the islands of Bougainville and Buka), the Louisiade, d’Entrecasteaux and Trobiand archipelagos. The territory is mainly mountainous and covered by dense tropical forests. The climate is hot and humid all year round, with high temperatures and abundant rainfall.

The residents, who according to an estimate in 1991 were 3,772,000, are divided into two ethnic groups: the Melanesian, mostly settled in the northern coastal areas, and the Papuan, settled in the mountainous areas of the interior or in the South. Official languages they are English, a variety of pidgin-english and hiri-motu, but many languages ​​are spoken. About 90% of the population is Christian (58% Protestant, 34% Catholic). Urban centers welcome only 15.8% of the population; capital is Port Moresby (193,242 residents in 1990).

The economy is characterized by a significant presence of the primary sector, which contributes 26% to the formation of the gross national product and employs about 66% of the active population (1991). Estimates from the World Bank attributed to the country a per capita income of just over US $ 800 in 1991. Main commercial crops are coffee (which accounts for about 8.6% of exports), cocoa, tea, peanuts and rubber, while between food crops have some prominence sweet potatoes, cassava and rice; the production of tropical fruit is abundant.

Subsoil resources are discreet: in particular copper, gold and silver are the main minerals exported, but there is no shortage of natural gas and oil reserves, deposits of chromite, cobalt, nickel and quartz. The industrial sector is very weak, contributing only 9.9% to the formation of GNP, employing 1.9% of the active population. A certain increase has been recorded in recent years by tourism (40,742 visitors in 1990), which nevertheless suffers the negative effects of the political instability in which the country is struggling.