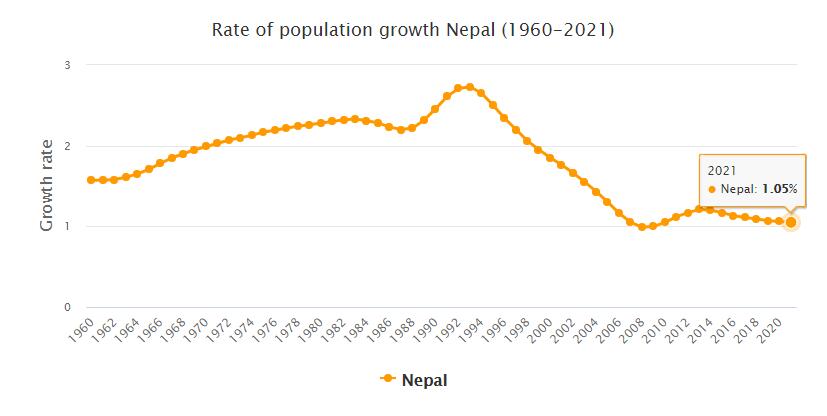 Nepal. In April, general elections were held for a provisional parliament. The result was a great victory for the Maoist Communist Party, the former guerrilla that waged war against the state for ten years. The Maoists received 220 of the 601 seats, enough to dominate the country’s politics but not enough to govern, which was evident when the newly elected parliament elected the country’s first president, after abolishing the monarchy and instituting a republic in May by overwhelming majority.

After meeting strong opposition in Parliament, the Maoists refrained from demanding the presidential post, and in the second round the new head of state won the Nepalese congressional candidate Ram Baran Yadav, supported by several smaller parties.

At the change of state, Nepal ended up in a constitutionally complicated situation, where for a couple of months the country lacked in practice the head of state and it was not clear what powers the new president should have or on what grounds a government should be appointed. It allowed the Prime Minister of the Nepalese Congress, Girija Prasad Koirala, to remain for the time being despite the fact that he no longer had Parliament’s support.

Only when the Maoists threatened to withdraw from the transition process, which could have led to new political chaos, Koirala resigned. He was succeeded by former guerrilla leader Pushpa Kamal Dahal, best known by his warrior name Prachanda. Its Maoist party formed government together with the elections, Nepal’s Communist Party – United Marxist Leninists, and Madheshi Janaadhikar Forum, a party representing ethnic minorities in the lowlands in the south. The Maoists took care of, among other things, the Ministry of Defense and Finance, while the Marxist Leninists appointed the interior minister and the Madheshis party was given responsibility for foreign affairs.

In its first state budget, the government promised monthly support equivalent to just over SEK 50 (a significant sum in Nepal) to weak groups, such as widows, physically disabled and “untouchable” – Hindus of the lowest castes. Free schooling was extended for poor children, poor families’ bank loans were deferred or interest-free, and damages were promised to families who lost relatives during the war.

In October, a broad parliamentary commission was appointed to oversee the rehabilitation of the over 19,000 former guerrilla soldiers who have been living in UN-supervised camps since the 2006 peace agreement.

Ex-King Gyanendra Bir Bikram Shah Deb, now referred to as “Mr Shah”, was forced to leave the palace in Kathmandu in June and move to a slightly simpler private house. In October, he received a retroactive electricity bill of approximately SEK 8 million and was threatened to have electricity supplies suspended if he did not pay within 15 days. 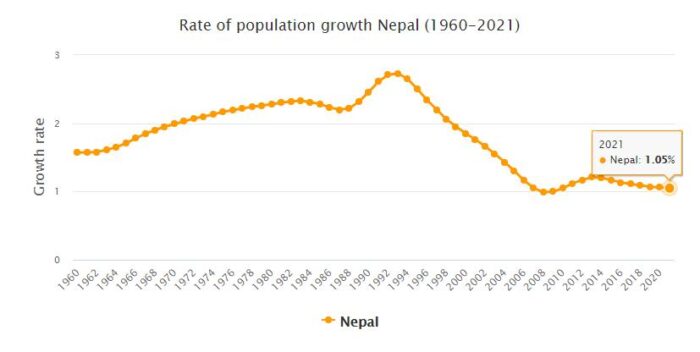 The Nepalese population, made up of over 28 million people, is growing mainly thanks to the high fertility rate (2.3 children per woman), although Nepal is a country of emigration, also due to the high levels of poverty and unemployment. migration rate is -14.4 per thousand residents.

The population is very heterogeneous, but two main ethnic groups can be distinguished: the Indo-Nepalese group (80%), which includes Pahari (about half of the total population), Newar, Tharu and Tarai Indians, and the Tibetan-Nepalese group (the remaining 20%), who live mainly in the northeastern part of the country. There are also minorities of Indians and Tibetans and numerous refugees from Bhutan, about 25,000 according to the latest estimates by the United Nations High Commissioner for Refugees (UNHCR). The country, however, has no refugee legislation and has not ratified the 1951 Convention relating to the Status of Refugees.

The majority of the population is Hindu (80.6%), with Buddhist (10%) and Muslim (4.2%) minorities. Breaking with the traditional Hindu monarchy, the new constitution defines Nepal as a secular state. Religious freedom is generally respected, although there has been an increase in discrimination against Tibetans. The division into caste is still present: government and business are predominantly run by Hindus of the higher castes, while the untouchables continue to be victims of discrimination.

The literacy rate is low overall (57.4%), but the traditional disparity between men (89.2%) and women (77.5%) has recently decreased. In 1990 only 56 out of 100 girls attended primary school, while in 2012 they are almost all. Primary schooling has significantly increased, from 64% in 1990 to 98.5% today. However, the improvement in the quality of education is very slow. Child labor is still widespread, standing at 34%; during the civil war the Maoist army recruited thousands of child soldiers.

Finally, Nepal is one of the few countries on the continent to have abolished the death penalty, as well as the only Asian country to have legislated in favor of same-sex marriage.