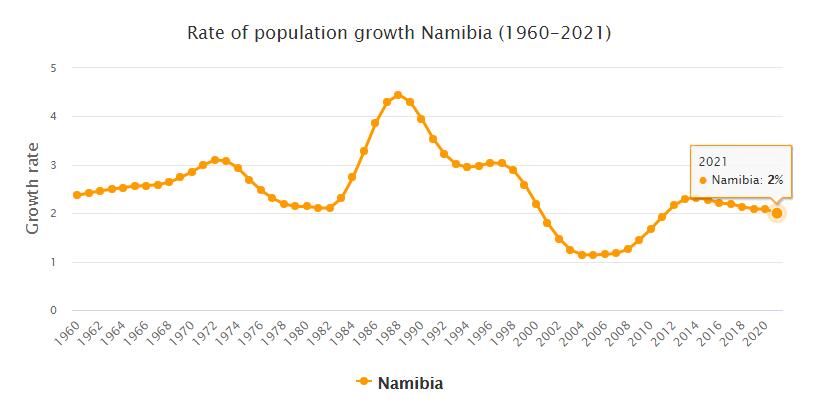 Namibia. In June, Namibia issued a license to the French nuclear energy company AREVA to extract uranium at Trekkopje, about 30 km west of the capital Windhoek. AREVA plans to invest US $ 750 million in the mine, which is expected to become the world’s largest when it comes into operation at the end of 2009. With an annual production of approximately 3,500 tonnes, the mine is expected to have a service life of about nine years.

At the end of October, the first ivory auction was held in nearly a decade in Namibia. More than seven tonnes of ivory were sold to customers from China and Japan, bringing in $ 1.1 million. The auction was approved by CITES – the Convention on International Trade in Endangered Species of Wild Fauna and Flora – and was followed by a further number of ivory sales in southern Africa. Most of the ivory had been collected from elephants that died a natural death.

Namibia opens up for international tourism

The government announces that foreign tourists are welcome in Namibia again from 1 September. The borders were closed on March 28 this year to prevent the spread of covid-19, but as the regular high season is now approaching, according to the Minister of Tourism, the country’s significant hospitality industry must be given a chance to survive. All incoming tourists will need to present a certificate of freshness that is a maximum of 72 hours old and will have to spend at least seven days at their first destination in the country. The news comes despite the fact that the number of infections in Namibia has tripled, to over 6,000, in the last month.

President Hage Geingob rejects an offer of financial compensation from the former colonial power Germany. The German offer comes after several years of divisive negotiations that revolved around how Germany should settle its debt to the massacres that took place during the colonial era in the early 20th century when tens of thousands of people from the ethnic groups herero and nama were killed. Namibia has demanded both financial compensation and an official apology from Germany for what is sometimes called the first genocide of the 20th century. According to Geingob, the German offer of increased aid to Namibia is not sufficient compensation.

Eighty Namibia’s top journalists are writing an open letter accusing the country’s politicians of trying to control their work. The letter concerns, among other things, that the reporter Edward Muumbu was recently fired from the state news agency Nampa after asking troublesome questions about corruption to President Hage Geingob during a press conference on covid-19. According to the journalists, the incident is one of many signs that the country’s politicians regularly exert pressure on the media to escape inconvenient coverage. 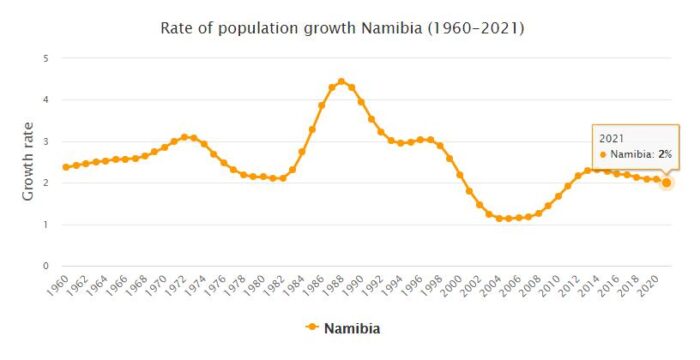 Known in colonial times as South-West Africa, the territory became a possession of Germany in 1884. At the outbreak of the First World War it was occupied by the South African Union, to which it was assigned as a mandate in 1920. In 1966 the UN declared the mandate lapsed assuming full responsibility for the territory but the South African government refused to withdraw. The UN recognized the South-West Africa People’s Organization (SWAPO) as the legitimate representative of the people of Namibia (thus renamed in 1968). From the early 1980s, on the instructions of the US, the South African government made the acceptance of the UN plans conditional on the withdrawal of Cuban troops stationed in Angola. In 1988 an agreement was reached between the Republic of South Africa, Angola and Cuba. On March 21, 1990, Namibia was proclaimed independent and the leader of SWAPO, S. Nujoma, elected president. SWAPO moderately revised its program of radical reforms, allowing, among other things, multinational mining companies to retain an important role. The 1994 general elections were won by SWAPO and Nujoma was reconfirmed. The executive adopted economic policies of openness to foreign investment and increased tax concessions and incentives for exporting companies. In 1999 the legislative and presidential elections registered a new affirmation of SWAPO and Nujoma. In foreign policy, Namibia Mandela’s relations with the South African Republicthey strengthened, while border disputes led to a temporary deterioration in relations with Botswana. In 1998 Namibia sided with Angola and Zimbabwe in the ongoing civil war in the Democratic Republic of Congo alongside the government against the rebel movements supported by Rwanda and Uganda. In 2000, a curfew was imposed in the region bordering Angola, where the Namibian army had long been engaged in countering the continuous encroachments of Angolan anti-government guerrillas. In 2002 the agrarian reform was launched which provided for the expropriation against adequate compensation of vast possessions of the white minority, to be redistributed among over 200,000 small black farmers. In 2004, after Nujoma renounced to compete again, the presidential elections were won by H. Pohamba, candidate of the SWAPO, who placed himself in a line of continuity with the policy of his predecessor, being reconfirmed in 2009. At the general consultations held in November 2014 SWAPO candidate and outgoing premier H. Geingop won the presidential elections with 87% of the votes, taking over from Pohamba, while his party won more than 80% of the votes in the legislative elections; 4.8% of the votes for Parliament went to the Democratic Turnhalle Alliance, while the Rally for Progress and Democracy, which in 2009 had obtained 11% of the votes, was the third party in the country with 3.15 % of votes. A significant decline in consensus was instead witnessed in the general elections held in November 2019, in which President Geingob was reconfirmed in office with 56.3% of the preferences, a sharp decline compared to 2014, and the SWAPO lost the majority. of two thirds in the House of 96 members, winning 63 seats against 77 in 2014, while the Popular Democratic Movement (PDM,