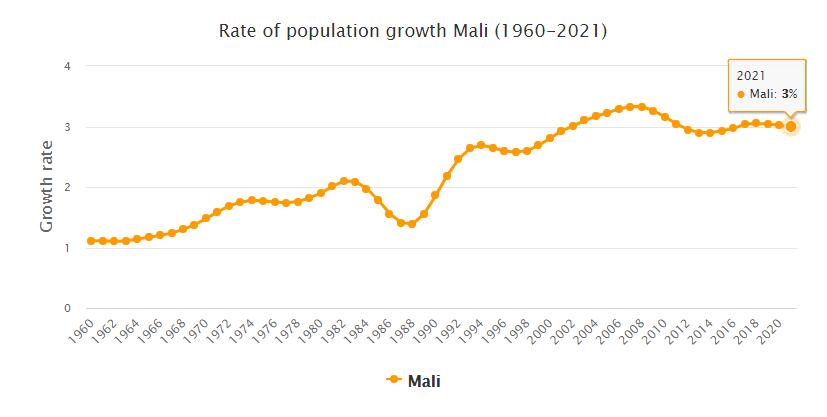 Mali. Tuaregic rebels in northern Mali returned to arms in March, despite several previous peace agreements with the government. Several civilians were killed in rebel attacks and dozens of soldiers were taken hostage. Through mediation of Libya, a ceasefire agreement was concluded in April and the army promised to reduce its troop presence in the region. In May, however, Tuaregic guerrillas again attacked an army posting. This time the intention was to avenge the murder of a rebel leader.

New talks in September led to both sides releasing prisoners. But despite the hope of a permanent peace again, new clashes took place with about 20 casualties in December. The Tuareg states demand increased state investment in Northern Mali, more state services for Tuareg and a larger share of the state’s income.

The government’s decision in principle in October 2007 to formally abolish the death penalty stuck in Parliament, where conservative Muslim groups claimed that it was against Islam not to execute murderers. Mali has not carried out any executions since 1979 and the government now seemed inclined not to continue the issue for the time being due to concerns about fragmentation in the nation.

Attempts to push through a new family law were also curbed by Islamic groups. They protested that only civil marriage would be allowed and that women should have the same inheritance right and the right to own property as men. 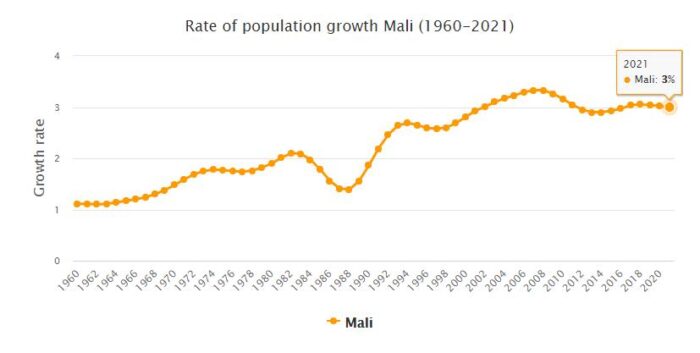 Internal state of northwestern Africa. The population amounted to 9,790,492 residents at the 1998 census and 13,518,000 according to 2005 estimates. This significant increase took place despite a strongly negative migratory balance (- 6.6 % in 2005), and is due to a birth rate which is among the highest in Africa (50 %) and which does not tend to decrease (it was the 51.9 % in 1995). The persistence of a situation of severe social hardship and serious economic backwardness is also confirmed by other indicators, such as infant mortality, illiteracy, life expectancy at birth. The average density remains very low, but it should be noted that 90 % of the population is concentrated in the southern section of the country. The urbanization rate is modest (32.3 % in 2003), and the only real city is the capital Bamako, in which agglomeration resided, also in 2003, about 1,264,000 residents.

In 2002, the FAO estimated that 64 % of the country’s population lived below the poverty line, and in 2004 the UN Human Development Index placed it in 175th place (out of 177 countries considered). Even within Africa, Mali is in a marginal position: in 2004 its per capita income was less than half the average of the sub-Saharan part of the continent. The economy is highly dependent on aid from international organizations, and is still predominantly based on agriculture. The segment occupied in the 2003 about 80% of the active population; its main commercial product is cotton, of which Mali is the second African supplier after Egypt. But this cultivation appears vulnerable to various factors: climatic fluctuations, the constant progress south of the desert border, the periodic invasions of locusts (particularly serious that of 2003-04, the worst after that of 1987-88). Finally, cotton undergoes significant price variations on world markets from one year to the next, and overall the Malian product is not very competitive. The industry, however very limited (it employed just 3 % of the workforce in 2003), mainly deals with agricultural products.

Better prospects appear to offer mineral resources; in particular gold, of which Mali has been the third African producer since 2000, after the Republic of South Africa and Ghana: in 2002 it contributed 12 % to GDP and 67 % to exports. Several multinational companies have made substantial investments in the sector since 199 8, and, despite a decline in production in the years 2002-2005, there is a possibility that Mali will become the largest African supplier of this mineral in the near future.