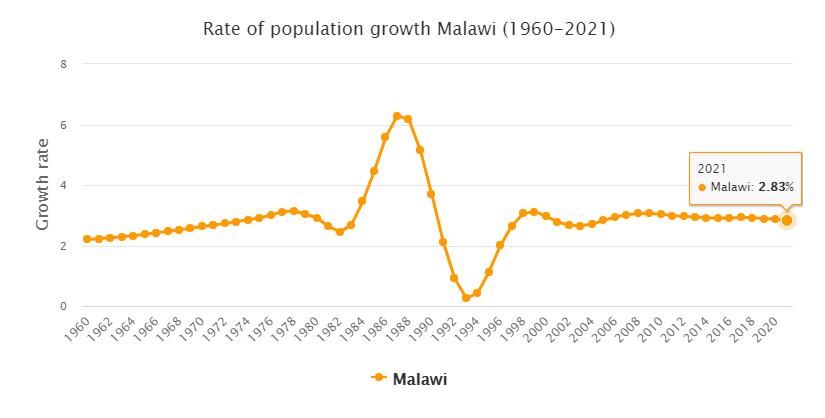 Malawi. A long run-up to the 2009 presidential election marked political life throughout the year in Malawi. Former President Bakili Muluzi, who was forced to resign in 2004 after a maximum of two terms of office, was named in April by his party the UDF (United Democratic Front) presidential candidate. The government claimed that this violated the Constitution.

Shortly thereafter, the country was shaken by information about a coup attempt against President Bingu wa Mutharika. Several prominent members of the UDF were arrested, as was a former national police chief and a former army chief. Muluzi, who was abroad, was accused of participating in the coup attempt and arrested on his return. However, all but one of the arrested were released against the bail after a short time and the charges ebbed out.

Muluzi was subjected to continued harassment and was prevented by police from holding a post-release election. A radio station owned by his family was closed, but the license was revived shortly after. In July, a court granted Muluzi the right to reappoint. The Court pointed out that the Constitution does not explicitly prohibit an ex-president from running for office after standing in office for a term of office.

In January, the government decided that those of the country’s 120,000 government employees infected with HIV would receive up to 50 percent higher salaries in order to buy better food. In October, however, wages were lowered again and the HIV-infected were offered food products instead. The change was explained by the fact that salary increases were not always used correctly.

In March, the government announced that birth certificates should be issued to all citizens. The intention is to avoid mistakes in connection with adoption cases, something that came to light when the artist Madonna in 2006 adopted a child who was thought to be an orphan but where it turned out that the father was alive. Malawi has very defective laws for the protection of children and according to the UN agency ILO (International Labor Organization) it is common for children to be sold as labor or for sexual exploitation. 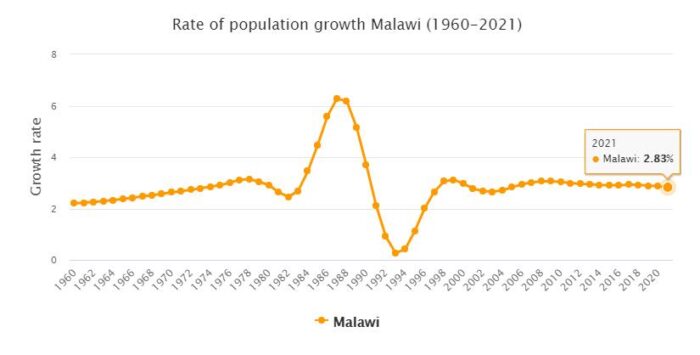 Demography and economic geography. – Internal state of southern Africa. The population (13,077,160 at the 2008 census, increased to 16,829,144 according to an estimate by UNDESA, United Nations Department of Economic and Social Affairs, in 2014), which grew by 2.8% a year (2010-15), 84% live in rural areas; the only urban agglomerations are the capital, Lilongwe (785,000 residents), and the area of ​​Blantyre-Limbe (867,000 residents). Low life expectancy (55.3 years, 2013) is affected by the spread of AIDS / HIV (Acquired Immune Deficiency Syndrome / Human Immunodeficiency Virus), which, although decreasing, affects about one million people (10th place in the world), and the state of poverty (67% of the residents). At 174th place in the Human Development Index and with a GDP per capita at purchasing power parity (PPP) of $ 781 (2014), the economy of Malawi is mainly driven by the agricultural sector (86% of the work). Tobacco (6th world producer) and tea, together with uranium, fuel exports. After the political-economic crisis (2011-12), GDP growth (56%) is now supported by the recovery of the manufacturing, commercial and construction sectors.