Jamaica. In March, Amnesty International strongly criticized the Jamaican authorities for neglecting the country’s poor inner-city population. According to the human rights organization, the government had deliberately abandoned the slum dwellers of the cities, which made them into criminal gang violence. Amnesty described the situation of the poor as a kind of hostage situation in the middle of the battle between the authorities and the street gang. Entire residential areas stayed indoors after 5pm for fear of violence and clashes. Jamaica has one of the highest murder rates in the world in relation to the population; In 2007, 1,500 people were killed. Robbery is also common.

A much more gratifying feature of Jamaican life was the Beijing Summer Olympics in August, when several of the country’s sprint stars won gold. The entire nation celebrated when only 21-year-old sprinter Usain Bolt – seemingly playing lightly – broke the world record by noting the winning time of 9.69 seconds in the final of 100 meters. Shortly after the victory, Jamaican Prime Minister Bruce Golding called Bolt and talked about how proud the home administration was over him. A massive celebration awaited upon returning home. Before leaving China, however, Usain Bolt also won gold and set a world record of 200 meters with victory time 19.30 and contribute to Jamaica’s victory in the baton of 4 × 100 meters. Even then, it became a world record, now at 37.10 seconds. 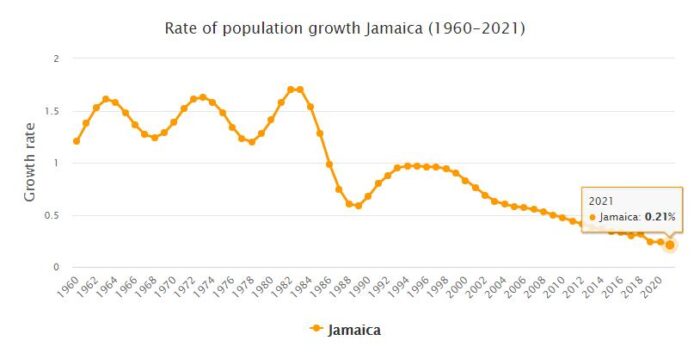