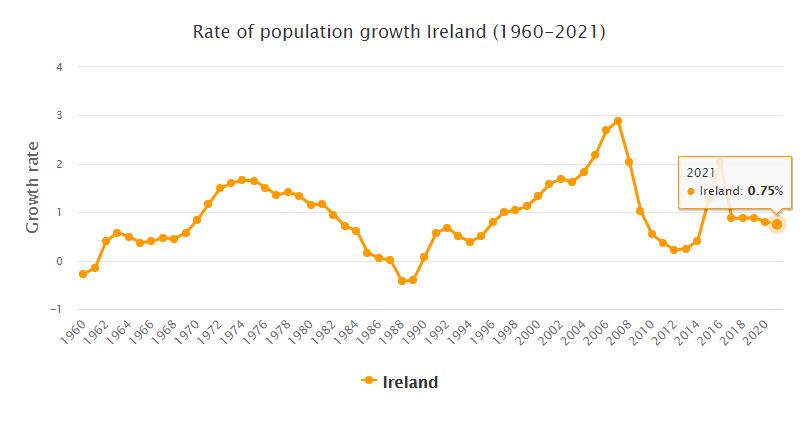 Ireland. Bertie Ahern resigned as prime minister in May after eleven years in the post. Finance Minister Brian Cowen took over both as head of government and leader of Fianna Fáil.

One reason Ahern resigned now was concern that criticism of his private affairs would affect the outcome of the referendum on the EU’s Lisbon Treaty later in the year. Ireland was the only EU country to allow citizens to vote on the issue, as all constitutional amendments must be approved by voters. All major parties and the business community pleaded for a yes, while the downside was a diverse collection of leftist groups, the Catholic Right and a new market liberal group called Libertas and Sinn Féin, the IRA’s political branch. Just over 53 percent of voters voted no June 12. Behind the no-votes, among other things, were fears that Ireland would lose her neutrality, be forced to allow abortions and gender-neutral marriages, or be forced to raise taxes. Others felt that the Treaty would give Brussels too much power. Many also complained that they had not understood the Treaty text. The outcome of the election created concern in the EU, as approval was required from all countries to move forward to realize the content of the Treaty. It was speculated whether Ireland would hold a new referendum, in the same way as it did after the voters’ refusal to the Treaty of Nice in 2001.

During the year, there were increasing signs that the economy was deteriorating rapidly, after several years of high economic growth. A clear sign was falling prices in the housing market. When the international financial crisis hit the country during the autumn, the government decided in September to raise the guarantee for deposited funds up to EUR 100,000 in the country’s largest banks for a two-year period. The Irish government initially received criticism from other EU countries for not consulting them before the measures were taken. A month later, however, the European Commission gave its approval.

The Cowen government presented a tight budget in October. Several savings sparked protests. Particular upset was the decision that all 70-year-olds would no longer automatically have to pay for care. There was also dissatisfaction within the ruling Fianna Fáil, and in Dublin and elsewhere in the country, thousands of people gathered to demonstrate their dissatisfaction with the planned cuts.

In connection with an EU summit in December, Prime Minister Cowen announced that Ireland would hold a new referendum on the Lisbon Treaty by October 2009. He said that the Irish government, among other things, had received guarantees that the country’s neutrality, tax legislation and ethical issues such as abortion did not would be affected by the Treaty and that the country should retain its EU Commissioner.

The territory of the Ireland it was easily reached, starting from the Neolithic age and then in the Bronze and Iron Age, by migratory currents coming from the sea, which characterized the settlement structure of the town. At first it was a question of migrations of Iberian and Breton groups; later, of intense exchanges, across the Irish Sea, between the island and the agricultural areas of Cornwall and Dartmoor. The invasions of Celtic-speaking peoples, coming from the coasts of the North Sea and across the England, which was due to the raising of fortifications (hill forts). The Anglo-Saxon invasions and later the Franco-Norman invasions of the Middle Ages laid the foundations of the main port and urban settlements of the country, structured according to an economy essentially dependent on trade with the outside world. Those invasions marked, on the other hand, the beginning of a progressive isolation of the Celtic populations throughout the western British area, which of those groups has preserved the ethnic characteristics, the type of economy and the typically pastoral customs of those groups until modern times. the original cultural heritage. From the crystallization of these precarious conditions of life, the premises were also formed for an emigration movement that began in the country in the early 19th century, however reaching extraordinary proportions after the terrible famine of the period 1845-47.