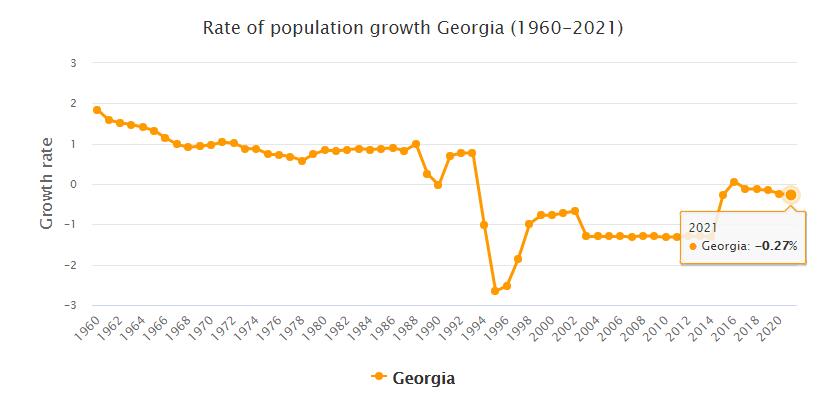 Georgia. President Micheil Saakashvili won the new presidential election in January, which had been forced by the opposition. Saakashvili got just over 53 percent of the vote, against just under 26 percent for chief rival Levan Gatjetjiladze. The opposition accused the government of electoral fraud, and even international election observers criticized, but they still felt that the election was largely right.

In the run-up to the presidential election, a referendum was held, with 77 percent saying that Georgia should join the Western Military Alliance NATO. Georgia and Ukraine’s desire to become members subsequently caused conflict at the NATO summit in Bucharest in April, with the United States advocating membership while Germany and France resisted. In the background, Russia was warned that Georgian and Ukrainian NATO membership would be a “major strategic mistake” that could shift the balance of power in Europe and change the situation for the Georgian outbreak regions of Abkhazia and South Ossetia. In these areas, most of the residents had been granted Russian passports, and strong Russian forces wanted to recognize Abkhazia and South Ossetia as independent states, including with reference to Kosovo’s declaration of independence in February and recognized in the West. But Georgia’s intention was to regain control of the two outbreak states. The result of the NATO meeting was a compromise where Georgia and Ukraine were promised future membership without a timetable.

After the NATO meeting, Russia declared that it would strengthen its relations with Abkhazia and South Ossetia, prompting Georgia to accuse Moscow of annexing the territories. Tensions rose when Russia was accused of shooting down a Georgian reconnaissance plane. Russia also decided to increase the number of Russian peacekeeping troops in Abkhazia.

The parliamentary elections scheduled for the fall in Georgia were scheduled for May. Before the election, Parliament’s Speaker Nino Burdjanadze declared that she would not run for the United National Movement party. She had tried to help reduce tension between President Saakashvili and the opposition as well as between Georgia and Russia. It was obvious that she was now in conflict with Saakashvili.

The president’s party United National Movement received just over 59 percent of the vote against just under 18 percent for the United Opposition Alliance. Foreign election observers criticized how the election was conducted but saw an improvement over the presidential election.

The opposition claimed electoral fraud and demanded that the election be annulled and the new parliament dissolved. Opposition leader Levan Gatjetjiladze announced a boycott of the newly elected assembly, and tens of thousands of people gathered in Tbilisi to demonstrate against President Saakashvili.

However, as the tension in relation to Russia increased again, the link between the president and the opposition was closed. In June, fighting between Georgian and South Ossetian soldiers broke out, and near the border with Abkhazia, Georgia interrupted Russian peacekeeping troops temporarily. Russia accused Georgia of wanting to regain the region and warned that it could lead to war. Russian warplanes flew over Georgia as a “warning” and Georgia called its ambassador from Moscow. US Secretary of State Condoleezza Rice visited Tbilisi with the promise of US support and demanded that Russia cease to inflame tensions in the region. Russia believed that US support for Georgia meant escalating tension and demanded that Georgia withdraw all its forces from Abkhazia.

At the beginning of August, there were fighting between Georgian and South Ossetian forces. People fled from South Ossetia to the Russian sub-republic of North Ossetia, to which the South Ossetian leadership wants to connect their territory. On August 7, Georgia went on the offensive to regain control of South Ossetia. Georgian artillery fired the capital Tschinvali and Russian aircraft responded by attacking targets in Georgia. Then President Saakashvili declared that Georgia was at war and announced a state of emergency.

Russian tanks entered Tschinvali and the Georgian military was driven out of South Ossetia. South Ossetian leaders claimed that over a thousand people were killed in Georgian shootings, figures that were later significantly lowered by independent observers. At the same time, Abkhazian forces backed by Russian aircraft had attacked the Georgian military being driven out of Abkhazia.

The war went on for five days and ended with the Georgian forces being pushed back far into their own territory. EU Presidency France and OSCE Presidency Finland negotiated a peace plan agreed by the parties, despite Moscow being reportedly planning to overthrow Saakashvili.

According to the peace plan, negotiations would be held on the future status of Abkhazia and South Ossetia, but in late August, Russia recognized the two outbreak states as independent. Georgia then severed its diplomatic relations with Moscow, which also received harsh criticism from the Western powers. Russia referred to Kosovo as a precedent and signed an agreement with Abkhazia and South Ossetia, including the right to build military bases there.

Georgia received political support from NATO and the EU, which criticized Russia for occupying an independent country. At the same time, Saakashvili was also accused from some quarters in the west of having unknowingly challenged Russia. At home, the opposition stayed behind Saakashvili as long as the acute conflict with Russia lasted. But in the autumn, more and more critical voices were raised. The president was accused of overthrowing Georgia in a war that was doomed to failure, thereby destroying Georgia’s ability to recapture Abkhazia and South Ossetia. Saakashvili sought to blame the failure on others and replaced Prime Minister Lado Gurgenidze with a new head of government, Grigol Mgaloblisjvili. The commander was also replaced.

In November, the opposition organized the first major demonstration against Saakashvili after the August war. On the anniversary of the violent clashes between police and protesters in 2007, over ten thousand people marched through Tbilisi in protest marches demanding fresh elections for both parliament and the presidential post. Saakashvili was accused of holding down the opposition and controlling mass media with undemocratic methods.

In November, Saakashvili dismissed Prime Minister Lado Gurgenidze and replaced him with Grigol Mgaloblisjvili, who until then was ambassador to Turkey. The country’s highest military leader, General Zaza Gogava, was also dismissed, and the decision was motivated by neglect on the part of the military in the war.

In testimony before a parliamentary commission, Georgia’s former ambassador to Moscow accused the Saakashvili administration of long-standing plans to return South Ossetia by force. The Commission published its report in December without blaming Saakashvili. Instead, the military and the National Security Council were criticized for mistakes in the war. The former Moscow ambassador called the report “a father”, and according to opposition politicians, it was prepared to cleanse Saakashvili.

In December, the government was reformed and both the Minister of Defense and the Foreign Minister were replaced. The new Foreign Minister Grigol Vashadze was described as Russian friendly and the appointment of him was seen as an attempt by President Saakashvili to begin to build up the ruined relations with Russia. 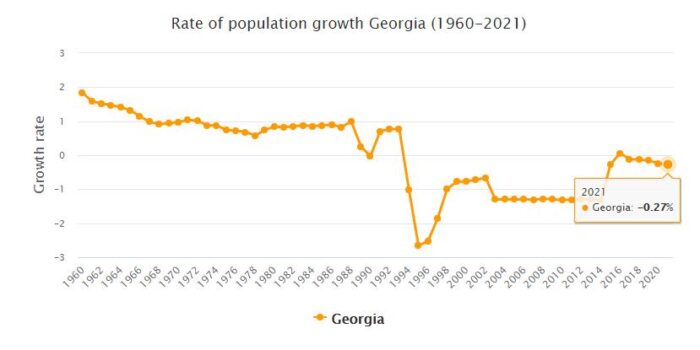