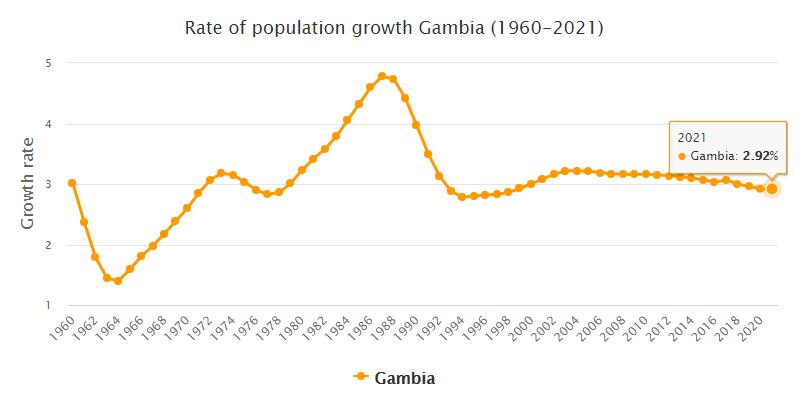 The Gambia. Shortly after the International Monetary Fund (IMF) granted the Gambia debt amortization of over half a billion dollars, President Yahya Jammeh promised that all public servants would receive a 20 percent higher salary. At the same time, he said government spending would be tightened to curb inflation.

During the year, several examples were given of the regime’s authoritarian tendencies. The president said in a speech to the nation in May that all homosexuals must leave the country within 24 hours. He said the country’s laws would be “stricter than Iran’s” and threatened to behead those homosexuals who dared to stay.

Harassment against journalists continued. One reporter at an Internet newspaper was sentenced to four years in prison for criticizing the president, a Nigerian journalist at a Gambian newspaper was arrested a couple of times and his home was searched, a reporter was stabbed under unclear circumstances and the editor-in-chief of a government-friendly newspaper was dismissed without justification.

A British missionary couple was sentenced in December to one year of penal work for revival. They acknowledged that they had sent critical comments about the country’s leaders. 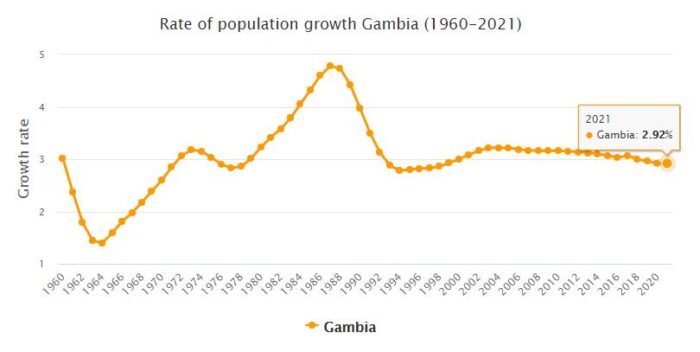 At the last census (1993) the population of the Republic of Gambia was 1. 038. 100 residents, about a quarter concentrated in the urban area of ​​Banjul; in 1998, according to one estimate, they had risen to 1,229,000. The very sustained increase and the scarcity of arable space, largely destined for the commercial production of peanuts, tend to progressively aggravate food dependence from abroad: rice, other commodities and live animals represent a third of the value of imports. In 1996 primary activities (including forestry and fishing) occupied 80% of the labor force and combined to form 27 % of GDP. Projects for the diffusion of irrigated rice cultivation in the middle valley of the Gambia river, started since the 1960s with the technical and financial assistance of foreign countries and international organizations, have resulted in failures, because they have proved incompatible with the customs of society rural Gambian.

Manufacturing industries are essentially limited to a few peanut processing plants. Gambia is totally dependent on overseas for energy supplies. The service sector in the early nineties experienced a strong expansion due to the development of tourism activities. Before the political upheavals (coup d’état and establishment of a military regime in 1994), which had a negative impact on this sector, there were more than 100. 000the year Europeans who spent their holidays, between November and April, on the beaches of Banjul and its surroundings. After the coup, the presence of technicians and officials from donor countries and international economic-financial organizations involved in cooperation programs also disappeared.