Equatorial Guinea. Parliamentary elections were held in May, a year earlier than planned, to be coordinated with local elections for cost reasons. The ruling party Partido Democrático de Guinea Ecuatorial (PDGE, Equatorial Guinea’s Democratic Party) received 99 of Parliament’s 100 seats, an increase with a mandate. PDGE has won all the elections and has always been accused of extensive cheating and scare tactics.

Authoritarian President Teodoro Obiang Nguema Mbasogo and his family have all the power in their hands but often mark distance from the government to blame all the mistakes on the ministers. So did this year, too, when the president in July dismissed the “country’s worst” government so far. Ignacio Milam Tang was appointed new Prime Minister, who held several ministerial posts but was not considered able to exert any significant influence.

British mercenary Simon Mann was sentenced in July to prison for 34 years and 4 months for participation in a coup attempt in 2004. He was extradited from Zimbabwe at the beginning of the year, where he was convicted of attempting to buy weapons without a license. During the trial, Mann pointed out Mark Thatcher, the son of Britain’s former prime minister Margaret Thatcher, as a key figure in the coup attempt. He also claimed that, among other things, the United States would have supported the coups since US oil companies, which dominate oil recovery in Equatorial Guinea, expressed concern that the regime was not stable. 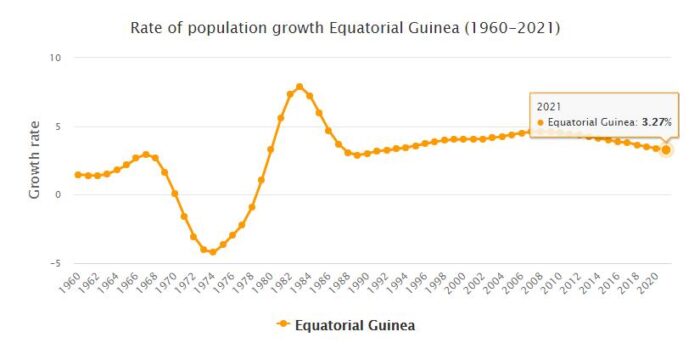