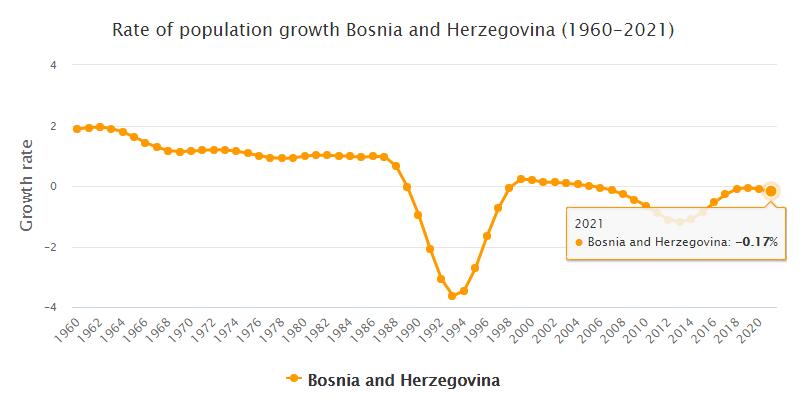 Bosnia and Herzegovina. The event that gave the biggest headlines in the world during the year and that touched on Bosnia and Herzegovina took place in neighboring Serbia, where the Bosnian Serb leaders during the war, Radovan Karadžić, were arrested in July. Karadžić was soon extradited to the UN War Criminal Tribunal in The Hague. There, prosecution awaited eleven counts for genocide, war crimes, crimes against humanity and other abuses during the war in Bosnia and Herzegovina 1992–95. The indictment included the siege of Sarajevo and the massacre in Srebrenica, as well as ethnic cleansing and destruction of property. Karadžić informed the court that he intended to conduct his own defense.

The War Criminal Tribunal established in Bosnia and Herzegovina in 2005 also made its first judgments concerning the Srebrenica massacre during the year. Seven Bosnian Serb former police and military were sentenced to genocide to between 38 and 42 years in prison. Four defendants were released at the same time.

In April, the Parliament of Bosnia and Herzegovina decided on a joint police force for the entire country, which since the end of the war in 1995 had separate police units in the two sub-republics. The creation of a national police force was a requirement of the EU to finalize a Stabilization and Association Agreement, the first step towards future membership. In June, the coveted SAA agreement was finally signed. However, the path to full membership seemed long for Bosnia and Herzegovina, which still appeared to be deeply divided.

The split became clear during the fall, when top-level representatives in both sub-republics showed deep distrust between the regions. Haris Silajdžić, the Bosnian representative in the presidential troika, spoke of the Serbian republic as a unit “based on genocide”. The Prime Minister of the Serbian part, Milorad Dodik, continued to pursue politics as if the purpose were to establish a de facto independent state in the Republika Srpska. Their actions prompted the international community’s envoy, Miroslav Lajcak, to sharply point out that such pronounced animosity puts obstacles in the way of EU membership.

When local elections were held in October, the picture was confirmed: issues of importance shone with their absence and nationalist parties became the major victors in all three peoples. The turnout of 55 percent was unexpectedly high.

Not long after the election, Richard Holbrooke, chief architect of the Bosnia and Herzegovina peace treaty, warned in 1995, and former UN envoy Paddy Ashdown warned that Bosnia and Herzegovina was about to collapse as a state. They called on the US and the EU to send troops to the country to help it out of the crisis. 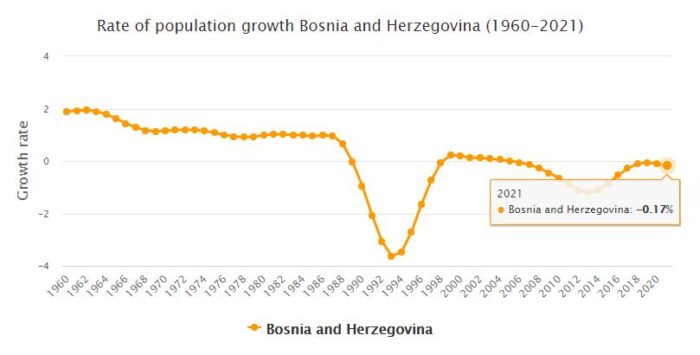 Southern European state. Ten years after the end of the civil war (1995), the country remains made up of the two sub-state entities (i.e. with full political, legislative and judicial authority) born from the Dayton agreements: the Federation of Bosnia and Herzegovina (Federacija Bosna i Hercegovina), commonly known as the Croatian-Bosnian Federation, with about 51 % of the territory, divided into 10 cantons, some with a Muslim majority (i.e. Bosnian, a term used to avoid confusion with religious affiliation) and others with a Croatian majority; the Serbian Republic (Republika Srpska), with the remaining 49 %, divided into 7 regions. Since 1998 the city of Brčko, located in the north-eastern part of the country, is an autonomous district, with a special status (recognized by the UN) and an international supervisor. The state capital is Sarajevo, also the capital of the Croatian-Bosnian Federation, while Banja Luka is the capital of the Serbian Republic. Due to the civil war and its consequences, the demographic situation of 2005 is certainly different from that of the last census (1991), but the preparation of a new statistical picture of the population is hampered by the lack of reliable data. Some estimates indicate a decline ranging from 4.38 million residents from 1991 to 3.2 from 1995; the stabilization phase immediately following would be followed by a period of increase: an estimate of July 2005 indicates about 4.025 million residents, of which 48 % Bosnians, 37.1 % Serbs, 14.3 % Croats (many Croats of Bosnia emigrated permanently to Croatia) and 0.6 % others. According to religious affiliation they are: Muslims 40 % (mainly Bosnians), Orthodox 31 % (Serbs), Catholics 15 % (Croats) and another 14 % (of which about 4 % Protestants).

From an economic point of view, despite the continuing consequences of the conflict, attempts are being made to return to normalcy, above all through the implementation of some reforms, strongly desired by the international community: the situation is however complex and difficult, above all due to the cumbersome state structure, from which derives an inextricable intertwining of parallel and opposing powers that makes any decision difficult. The recovery is hampered not only by the slow implementation of the reforms, but also by the persistence of situations of clientelism linked to the major nationalist parties, by the weakness of the private business system, by the lack of respect for human rights, by the lack of a legislative framework favorable to investments., domestic and foreign. In these conditions, the weight of the38 % of GDP) and the standard of living of families is modest, among the lowest in the area, especially in the Serbian Republic. Despite the scarce availability of reliable statistical data, it is possible to analyze some important economic indicators. In the early 21st century. there was a significant increase in GDP (e.g. + 3.5% in 2003, + 5.3 % in 2005), which however highlights the leading role of the Croatian-Bosnian Federation (67.2% of GDP), characterized by a production system that is mostly industrial (albeit weak and scarcely competitive), compared to the Serbian Republic, which is more backward and linked to the agricultural sector. The inflationary dynamics appear to be under control, albeit with a differentiation between the two sub-state entities, which again penalizes the Serbian Republic. Unemployment is worrying, which in the Croatian-Bosnian Federation amounts to about 44 % (2004 data) and about 37 % in the Serbian Republic (2003). Trade shows a constant deficit, worsening in the early years of the 21st° sec. due to the low competitiveness of the country. Bosnia and Herzegovina mainly exports metallurgical and wood products, minerals and chemicals, and imports machinery and equipment, minerals and agri-food products.