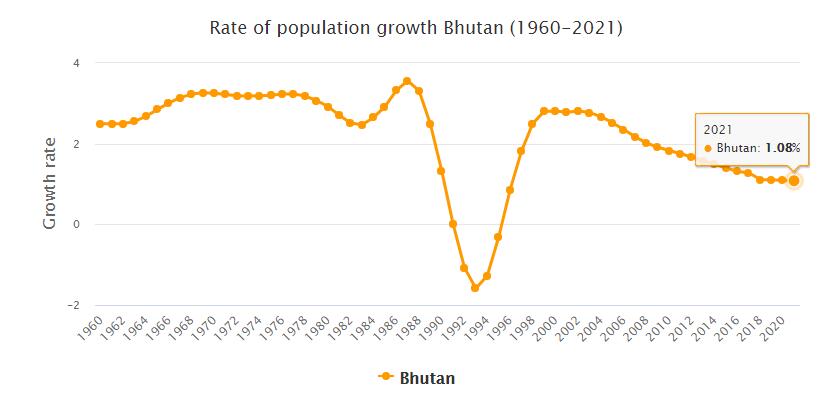 Bhutan. On March 24, elections were held for the National Assembly, the lower house of Parliament. Elections to the upper house had been made on December 31, 2007. These were Bhutan’s first free elections after a hundred years of absolute monarchy. The election to the National Assembly became a landslide victory for one of the two parties to run for office. Bhutan Consensus Party (DPT) received 45 of the 47 seats. The party is led by Jigme Yoser Thinley, who was prime minister during the previous political system when the post rotated among the ministers.

That the People’s Democratic Party (PDP) led by Sangay Ngedup, former prime minister, received only two seats surprised many. Both parties are loyal to the king and have similar programs, including reduced poverty and improved infrastructure. The PDP’s two members resigned and accused the DPT of irregularities in the election. Ngedup, who himself did not get a seat in the National Assembly, appealed the election results to the electoral authority. The appeal was rejected and in early April the PDP members resumed their seats in the National Assembly, saying they would form a “small but loud” opposition.

In practice, only a small elite can be elected to the parliament in Bhutan. The candidates must have a university degree, which is unusual in the country. The Bhutanese People’s United Party (BPUP) had tried in vain to register in the fall of 2007. The authorities said no because the party candidates did not have enough education.

The turnout was close to 80 percent, much higher than during the 2007 general elections. One reason may have been that King Jigme Khesar Namgyal Wangchuk had invited the people to vote in the day before the election.

In April, the king formally appointed Jigme Yoser Thinley as prime minister and he then formed a government of ten ministers. In May, Parliament was opened. The country’s first written constitution, a proposal from the king in 2005, was approved by the lower and upper house in June. The constitution entails a transfer of power from the king to the government and parliament.

On November 6, the 28-year-old King Wangchuk was crowned. He took over power after his father as early as 2006, but the coronation had been postponed until the parliamentary elections were completed.

More than 10,000 of the approximately 107,000 Bhutanese refugees who have been living in refugee camps in Nepal since the early 1990s were received in 2008 in Western countries such as the USA, Canada, Australia, Denmark and Norway and others. The United States has promised to receive a total of 60,000 refugees. 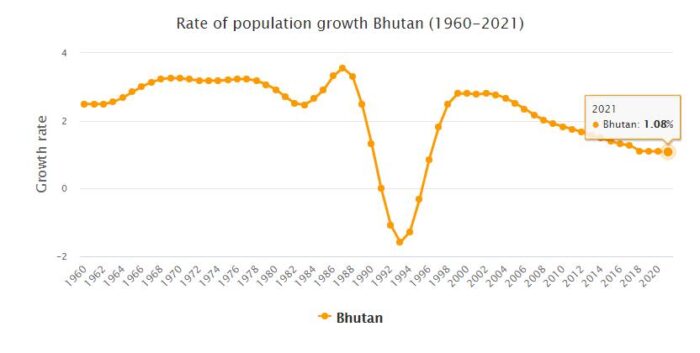 According to a 1997 estimate, the population was 1. 862. 000 residents (but UN estimates attributed to the country over two million residents in 1998), with an increase of 80 % compared to about thirty years earlier, when (1969) the first official census was held. Of the two main ethnic groups, one, of Indian origin, resides in the temperate zone, the other, more numerous, of Tibetan origin, mostly inhabits the high and cold lands; finally, more recent immigrations have brought to the country large groups of Nepalese, who live mainly in the southern regions and which have given rise to the formation of a large minority (30÷ 35 % of the total population) and consequent political tensions (see below: History).

Social conditions are very depressed: illiterates make up 58 % of the total population (1995), life expectancy at birth is 51 years for males and 54 years for females (1996) and, despite the fact that in the health sector they are Significant progress has been made, infant mortality still remains very high (70.7% in 1994) and serious diseases such as tuberculosis are widespread.

The urban population is very low (6 % in 1995) and it can be said that real cities are missing. The capital (Thimphu, 30. 000 residents In 1993) plays only a religious role and modest administrative functions.