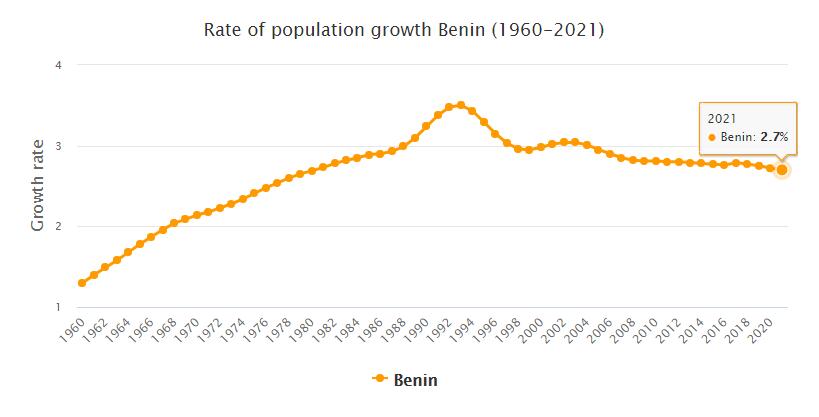 Benin. In a politically relatively quiet year with no general election, the most notable event was a brief visit by US President George W. Bush, who in February embarked on a quick African tour of Benin.

Bush described Benin’s now stable democracy as one of the African success countries that the United States wants to support. However, the relationships are not completely frictionless. Benin is one of several cotton-growing West African countries that, through the World Trade Organization, tried to get the United States to abolish the state subsidies for American cotton growers. The subsidies have led to heavy overproduction which has squeezed the world market price of cotton and caused poor countries such as Benin’s large income loss. 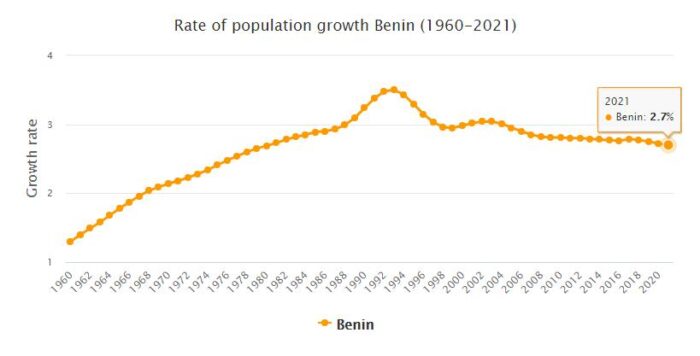 The population of Dahomey includes many different peoples: however, three main groups can be distinguished. Between the Volta and the Mina live the Fon or Dahomeiani proper (42% of the total population), who belong to the Ewé linguistic family; they had a very original civilization: they had founded the kingdom of Dahomey, in which the sovereign, assisted by a military caste, had absolute power; the presence of the Amazons in the army, the bloody sacrifices of the rite that was said to be in use, in which thousands of victims were slaughtered, were characteristics of this kingdom. The Dahomeians, however, have artistic tendencies and are hardworking and intelligent; they carry out agriculture, trade, fishing. In the center and in the south-east are the Nagot (10% of the population); the northern part is occupied by the Bariba (12% of the population) and by very important groups of Fulbè (5%), dedicated to the breeding of domestic animals. These populations remained animist in the majority; however Islam tends to spread among them.

The great wealth of Dahomey is the oil palm (Elaeis guineensis), whose products make up 9/10 of exports. It is found throughout the southern part up to the height of Parakou and Djougou, but its plantations are dense above all over a width of 18 km., Starting from the coast. The natives respect it in the reclamation, so that every field purchased on the bush becomes in. I follow a palm grove. About 200 palm trees are left per hectare; each tree produces from 12 to 14 clusters, with about 150 nuts each: the clusters are cut, the walnuts are extracted, crushed and the oil is boiled; the stones that remain after the extraction of. The coconut plantations, frequent all over the coast, and those of Kapok and Karit which are found in the North, are so far little exploited. The main food crop is that of maize, which is the basis of the indigenous diet: two harvests are made a year in the lagoon region, one in the Middle Oahomey; a fair amount is exported. Millet holds the same place in the north as corn in the south; yam, cassava, rice are also grown. In recent years, cocoa and coffee crops have had a certain development, as well as that of cotton, which has spread mainly in the middle Dahomey (around Savalou). Livestock farming is practiced only in the north. The main indigenous industry is that of palm oil extraction, practiced with very primitive systems with which half of the oil is lost: however, an effort to industrialize it is noted. The cotton ginning workshops, the laboratories of the Cotonou railway, the electrical workshop of Porto Novo belong to the European industry. Fishing carried out in lakes and lagoons is important; most of the fish is sold dried or smoked.