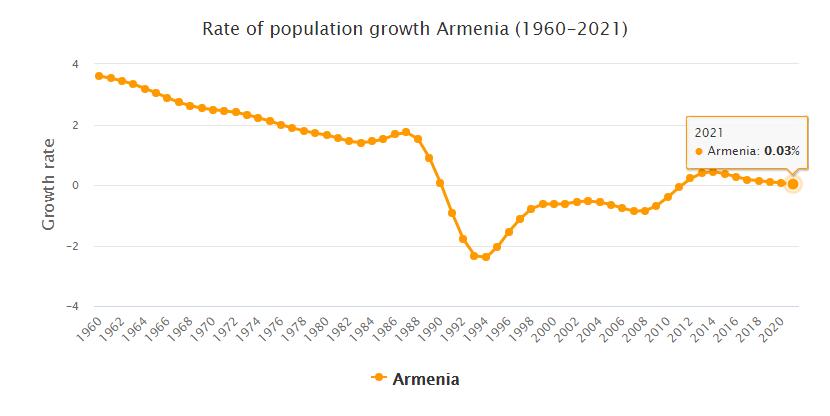 Armenia. The February presidential election was won as expected by incumbent Prime Minister Serzh Sarkisian, who was backed by the outgoing president. According to the official result, Sarkisian received 52.8 percent of the vote against 21.5 for opposition candidate Levon Ter-Petrosian, who held the presidential office from 1991-98.

The European Security and Cooperation Organization (OSCE) declared that the elections were essentially of international standard, but the opposition accused the authorities of electoral fraud. Mass rallies with tens of thousands of protesters followed and protesters pitched tent camps on Freedom Square in Yerevan. Outgoing President Robert Kotjarjan accused the opposition of trying to seize power, and he introduced a state of emergency following violence between police and protesters when eight people were killed and many injured.

The state of emergency was revoked after three weeks. More than 100 opposition activists, including several politicians, had been arrested for riots and coup attempts. Parliament passed a new law that made it possible to ban demonstrations that were assumed to threaten public order.

Figures during the year showed that Armenia’s economy had grown by 13.7 percent in 2007. But Armenia is still one of the poorest countries in the former Soviet Union and heavily dependent on Russia’s financial support.

In the autumn, signs of thawing relations with Armenia’s neighboring countries came. Turkish President Abdullah G邦l came to visit in connection with the first international football match between the two countries. It was the first time a Turkish leader visited Armenia. G邦l was met by angry demonstrations demanding that he recognize the Turkish genocide of Armenians in 1915, the major dispute between the countries. However, after talks with the President of Armenia, G邦l explained that there are no problems that cannot be solved with dialogue.

In November, Armenian and Azerbaijan leaders signed an agreement to resolve their dispute over Nagorno-Karabakh. The talks were led by the President of Russia, and the US and France also participated in the work on a diplomatic solution. The war between Russia and Georgia in August contributed to renewed international efforts to resolve the conflicts in the Caucasus. 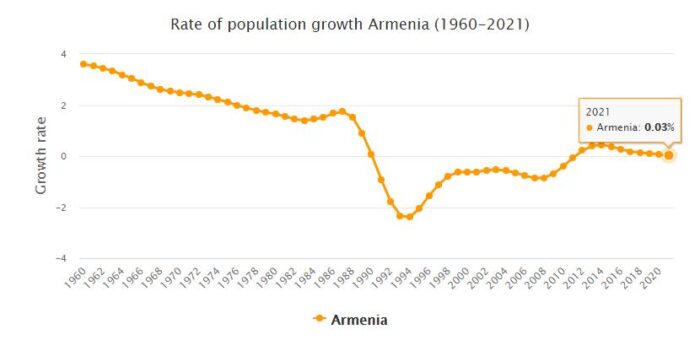 In 1998 the population amounted to 3. 536. 000 residents. The return of Armenians residing abroad and the significant influx of refugees from Nagorno-Karabah, an autonomous province of Azerbaijan inhabited mainly by Armenians, contributed to the country’s demographic development (see below: History).

Armenians are still found in substantial numbers in the Russian Federation and in other states that arose from the dissolution of the USSR (such as Georgia), in Turkey, in Iran, as well as in various Western European countries (in particular in France) and in the United States.. In the capital, Yerevan, which alone hosts more than a third of the country’s population (even as the main destination for returning emigrants), there are manufacturing industries in the food, textile and mechanical sectors. The city, of very ancient, vast and monumental origin, boasts a high proportion of public green despite the significant lack of water. Very modest, from all points of view, are the other urban centers, including the most populous (Vanadzor, Kumajri).